The acceptance of applications for participation in the Open International Architecture and Urban Planning Competition for the development of a master-plan for the territory adjacent to the Almetyevsk Reservoir on the Stepnoy Zay river in the city of Almetyevsk, Republic of Tatarstan is closed. The competition aroused great interest among the professional community both in Russia and abroad. This is demonstrated by the large number of applications submitted for participation - 44 applications from 16 countries.

To participate in the first qualifying stage, participants had to provide a relevant portfolio and essay. 44 participants submitted their applications, elaborated according to the conditions, to the Organizing Committee of the competition. They include 115 companies: 9 individually, 106 - as part of 35 multinational consortia.

Among the participants are companies from 37 cities of 16 countries. 73 companies are Russian. Almost half of those who applied were foreign participants. Among foreign countries, the United Kingdom became the leader in the number of companies - 10 companies will take part in the competition. It is followed by Spain, 6 companies from which have applied. The participants were 4 companies from Italy, the Netherlands and France, 3 from Turkey and Switzerland, and 1 each from Denmark, China, Poland, Romania, the USA, Finland, Sweden and Japan.

On January 30 the jury of the competition under the chairmanship of Nail Maganov, the General Director of Tatneft, will select three finalists, who will remain in the second stage of the competition and offer their vision of the master-plan for the Stepnoy Zay River Valley. 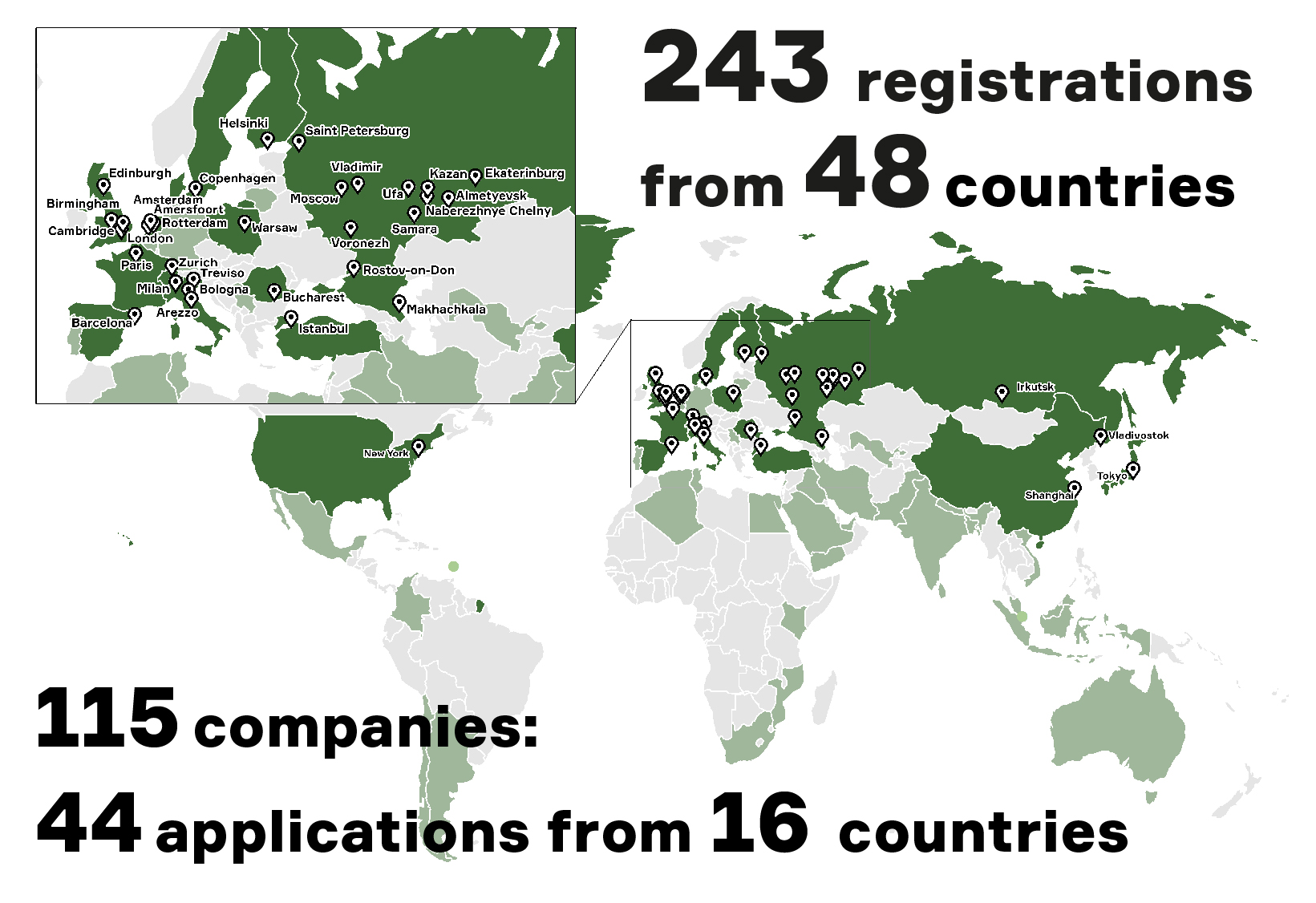