The Agency for Strategic development CENTER, together with the Moscow City Planning Institute and with the support of the Мoscow Architecture Committee, has been developing an analytical study of the territory of embankments located in the very heart of Moscow, 300 meters away from the Moscow Kremlin – on the island of Baltschug. This large-scale project will cover the territory of Sofiyskaya, Raushskaya, Kosmodamianskaya and Sadovnicheskaya embankments with a total area of 18.3 hectares.

The Moscow river is the main waterway and a business card of the Russian capital. Making it beautiful and accessible in any area of the metropolis became a target that was set in 2014 as part of the first international professional competitions in Russia.  Based on the received suggestions, a concept for the development of the riverside territories with a view to 2035 was formed. In 2017, GАU Moscow City Planning Institute became the single city operator and coordinator of projects developed on the Moscow river embankments.

Aims and objectives of the study include the analysis of the current situation and main directions of the territory development; the needs of the population in infrastructure projects; perception analysis of both the city residents and visitors. At the end of this work, the research will be available to a wide audience and will be published on the Internet. 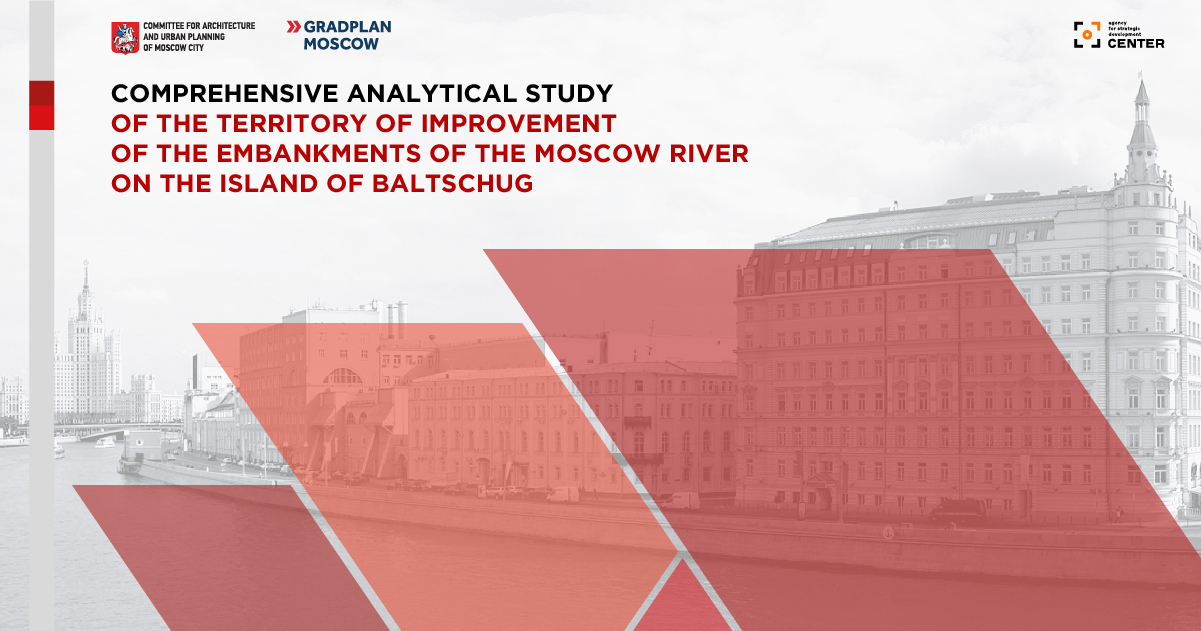 In the framework of the analysis the Agency CENTER conducts a survey to identify the needs and expectations of those who frequently visit these public spaces. Everyone is welcomed to share his ideas in a short questionnaire at the link.