The competition for the development of a master-plan for the Stepnoy Zay River Valley: reasons, vision and design opportunities

The interview with Sergei Georgievskii, General Director of the Agency for Strategic Development CENTER, head of the Organizing Committee of the competition about unique city of Almetyevsk and its territory prospects

Why are your holding an international contest to masterplan land next to the Almetyevsk reservoir?

Almetyevsk is a unique city, one of the most comfortable cities in the Republic of Tatarstan, which can be regarded as one of the economic leaders of the Russian Federation, a region that is actively performing in the international field, in whose territory a multicultural environment is really created and which is a crucial driver for changing the quality of life and environment in Russia.

Almetyevsk itself is the city where the headquarters of one of the largest Russian oil producing and oil refining companies, Tatneft, is located. This is not an ordinary city in Russia, but the calling card of an international company that implements a huge number of corporate and social responsibility programs and actively interacts with the city administration regarding the city development program and the implementation of its ambitious plans.

The city itself has fairly high economic indicators, and the population that lives in it has a high level of wages and social infrastructure for Russia. And now the time has come when it is obvious that the city needs to develop. It needs a new level of public and recreational environment, sports infrastructure, housing and business development. The city administration decided to comprehensively approach this task.

Taking into consideration that the city has recently participated in several pilot projects to create a comfortable urban environment (a unified park space, a unified design code for streets, the fight against noise “pollution”, the creation of new leisure and recreation centers, etc.), these initiatives resulted in a conscious position of the new mayor team and the management of Tatneft. Joining together, they aim at forming the territory of the prospective development in Almetyevsk, based on the best international practices and taking into account the needs of modern people (both Russians and expatriates). And this territory has become not only the new zone for the city’s development, but at the same time a calling card that could become its “face” for the world. All this led to the fact that the city and Tatneft decided to hold an open international competition, which will become an instrument for changing this territory, which is of high importance for the entire city. 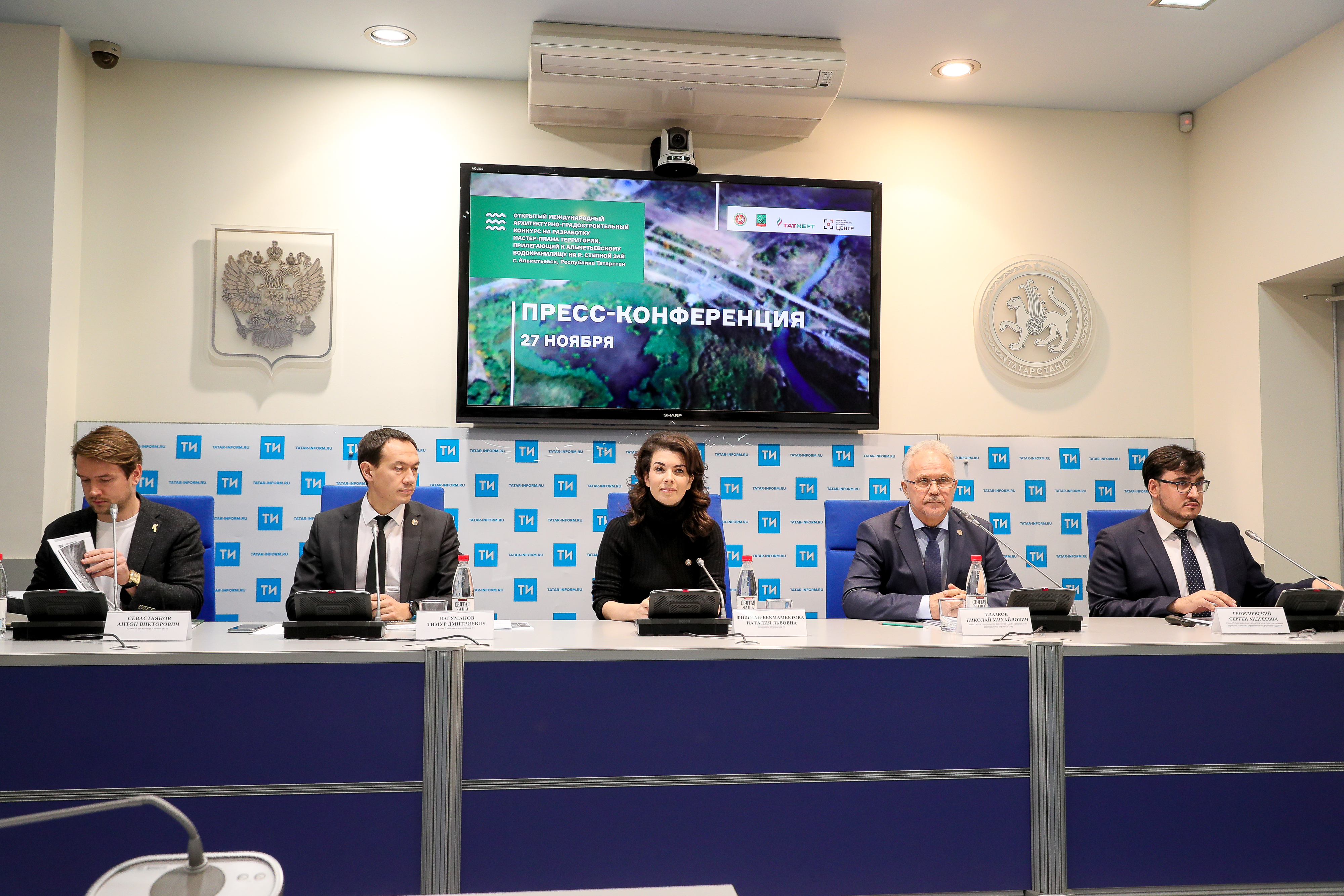 What is your vision for this new landmark public space?

The competitive territory is 1700 hectares within the city limits. It possesses unique characteristics. This is really a beautiful natural and recreational complex: a reservoir, a cascade of ponds, the Stepnoy Zay river, hills and mountains, as well as a slope that is already used for a ski resort. Together, all these factors form a territory where you can create a space that is of unique beauty and comfort. At the same time, the diversity of the territory is a challenge for all contestants. To develop a strategy for such a large, in many ways iconic object, a careful study of the principles for preparing a competition proposal is necessary. It includes complexity of development, compliance with world trends, tasks on landscape eco-rehabilitation, socio-economic efficiency and investment attractiveness of objects on the territory, etc. And it is especially important that contestants consider territories in the context of sustainable development.

What sort of architects and designers are you hoping will apply?

As the competition participants, we see multidisciplinary international consortia that will bring together Russian and foreign specialists, professionals in their field, to obtain a synergistic effect. The administration of Almetyevsk and Tatneft through this competition aim at developing a strategy not just for a territory of 2000 hectares. They are selecting the team that, using its experience, will give a new look at the development prospects and opportunities of the city as a whole and will become a partner of the city and company in the next 10-15 years. Nikolai Glazkov, Tatneft Deputy General Director for Capital Construction, tentatively estimated the budget for the project as a joint investment of the city and Tatneft on the basis of public-private partnerships at 1 trillion rubles (almost 12 billion British pounds). Thus, participation in the competition is the easiest, most open and transparent way to enter the region and the city with the perspective for a long and successful partnership, the opportunity to get a landmark project in the portfolio and take a significant place in the architectural world. 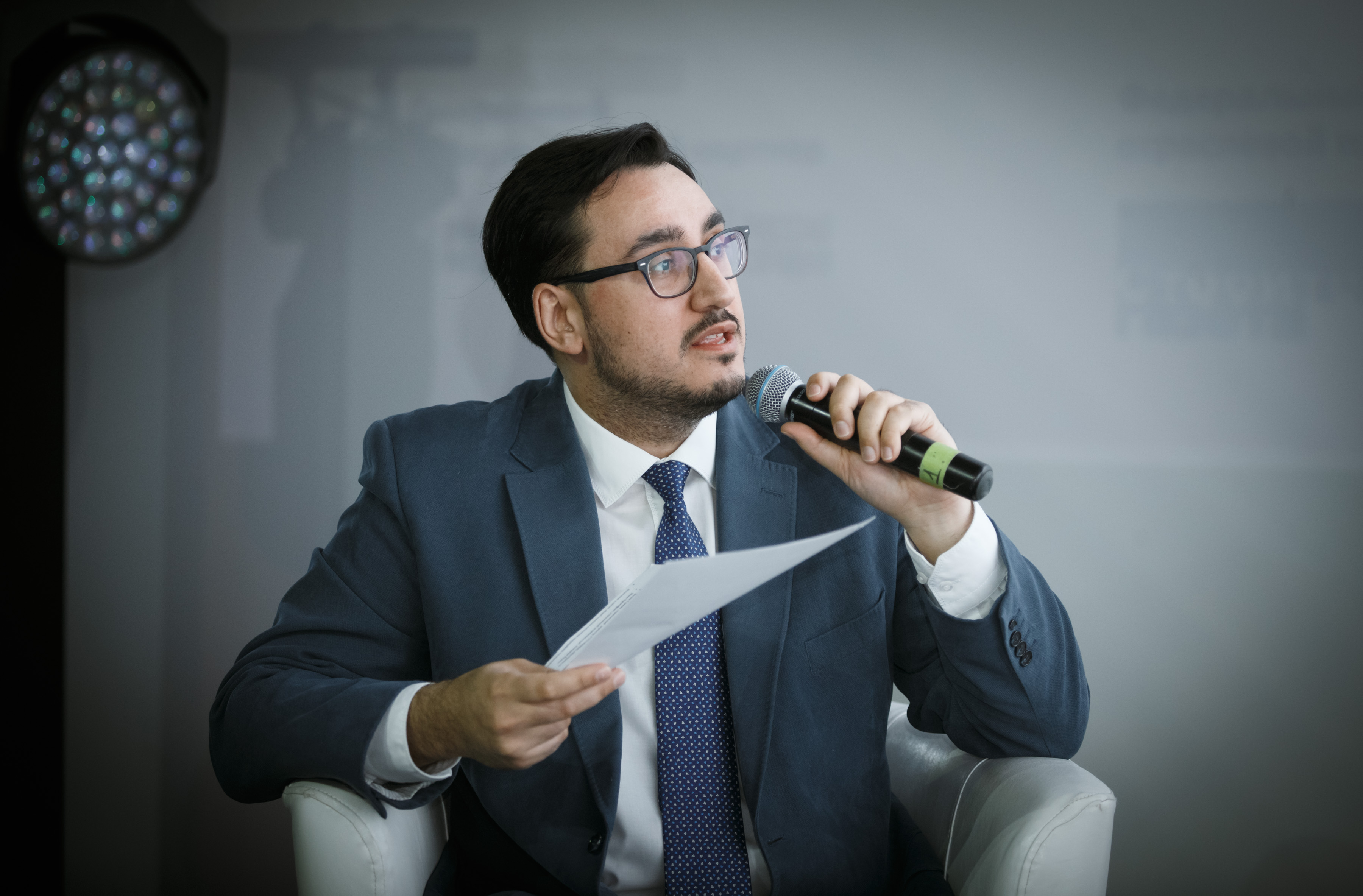 Which other design opportunities are on the horizon and how will the architects/designers be procured?

Our company is one of the largest competition operators in Russia. At the same time, we are an analytical agency that provides expertise and publishes research on pressing issues of the development of territories and public spaces. We work in 63 regions of the Russian Federation, almost throughout the country - from Chukotka to Moscow. Our partners in this are the regional and federal executive bodies, large Russian corporations.

Greening principles are present in almost all competitions held by the company over the past 5 years. Our plans for next year also include a number of competitions related to the public space system in Russian cities, underground and transport infrastructure, as well as heritage of the 2018 World Cup. The number of competitions is only growing every year. And the CENTER’s reputation as an operator is built in such a way that we act as a mediator, equally spaced from all the sides, ensuring compliance with all international standards in the framework of competitive procedures without risks for competitors and initiators of competitions.

Are there any other recent environmental rehabilitation masterplans you have been impressed by?

One of the most striking and impressive projects in Russia in the field of master planning is a competition that ended in November in one of the oldest cities in Russia - Derbent (Republic of Dagestan). This is a city with a 500-year history, in which there are unique objects included in the UNESCO List of Objects. The city administration decided to develop a master plan through an open procedure - to conduct an international competition. And it was the largest competition in Russia over the past 30 years. We have received applications from 10 countries. The competition gave an incredible result, which was highly appreciated by both the city administration team and the largest investors. According to its results, financing of a number of projects has already been announced and the total budget planned for implementation has been determined - 23 billion rubles. Already, the winning team, which included companies from Russia, the UK, the Netherlands and France, has started to work. The city created a project office to solve the tasks of implementing the master plan. It is important that competitive practice is increasingly becoming a tool to solve the problems of entire cities and implement the largest and most strategically significant projects for the regions.

The source of information: 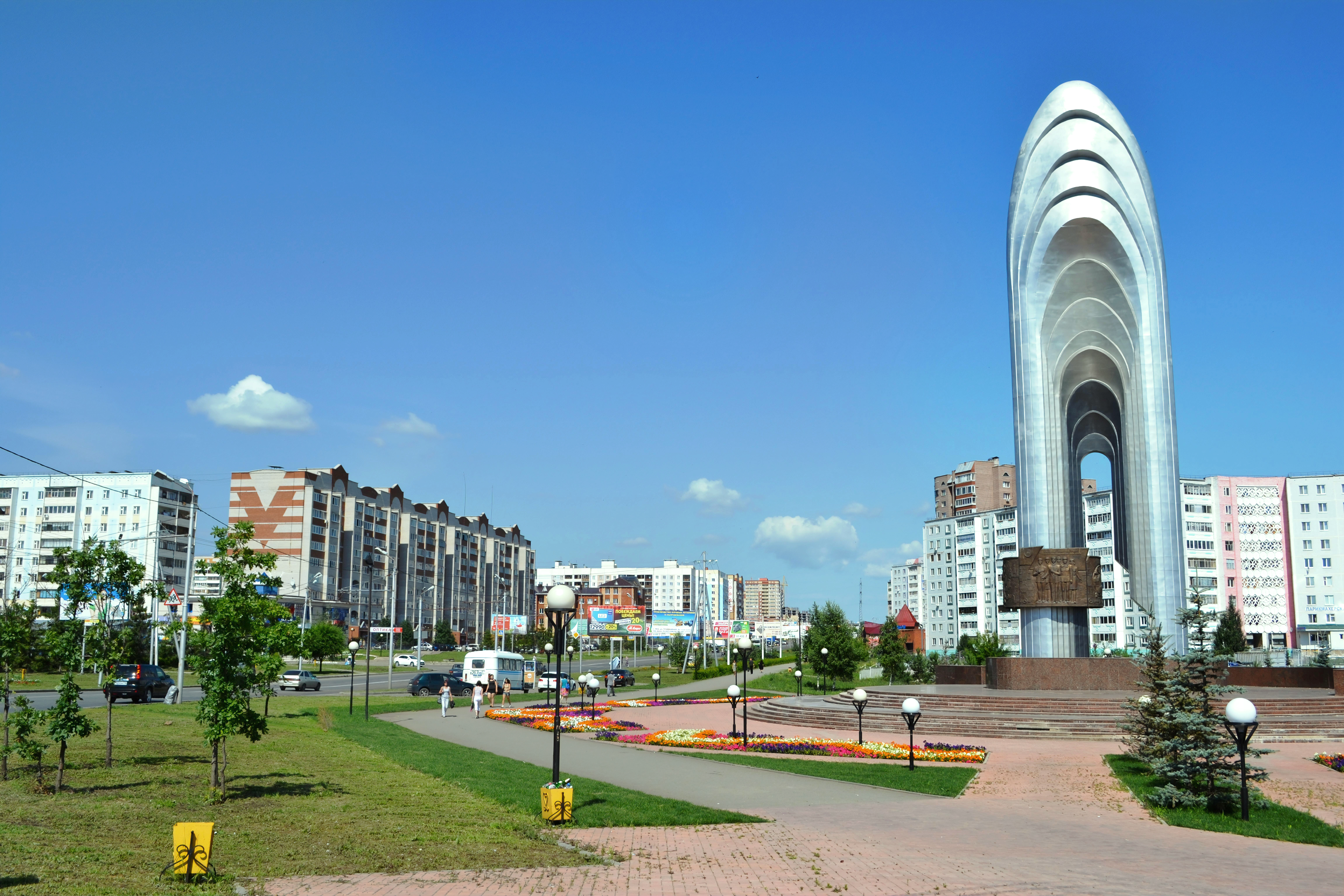 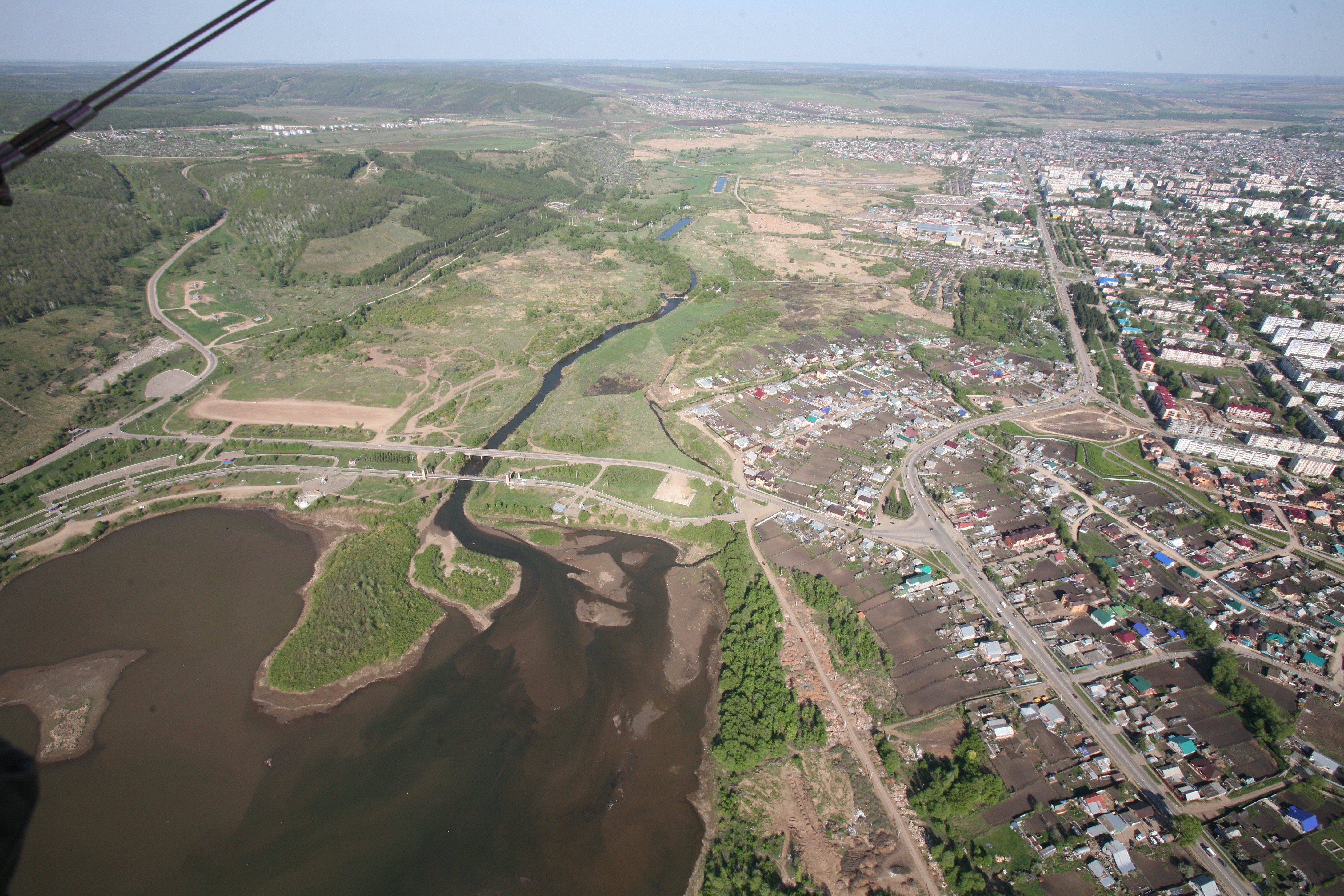 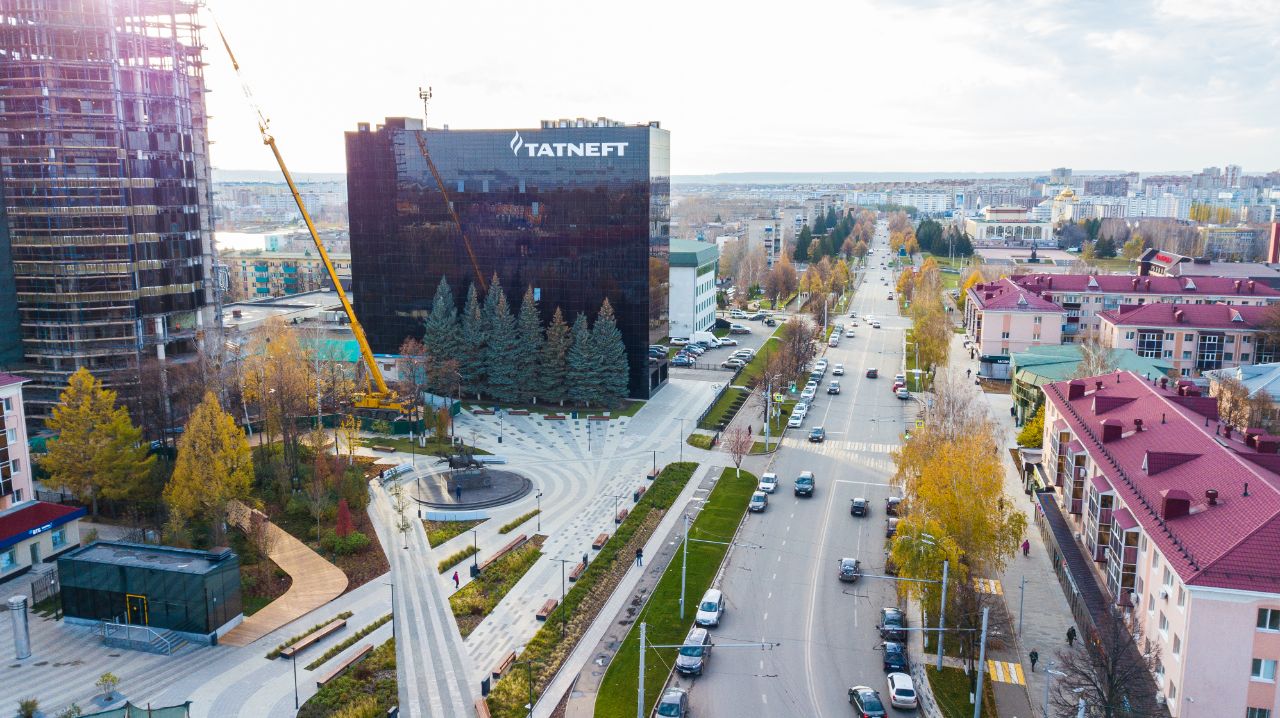