On November 19, the judges of the Open International Competition for the development of a master plan for the Derbent Urban District had a final meeting, where they announced the Competition’s winner: a consortium led by Novaya Zemlya. Second place went to a consortium formed by IND Architects; and third place, to a consortium under the leadership of the Genplan Institute of Moscow (Russia).

All of the finalists made unique and diverse presentations during the meeting, earning the highest praise from the judges and the guest experts. The experts’ choice of the winner was based not only on the project’s individual features and conceptual meaning, but also on its practical feasibility. 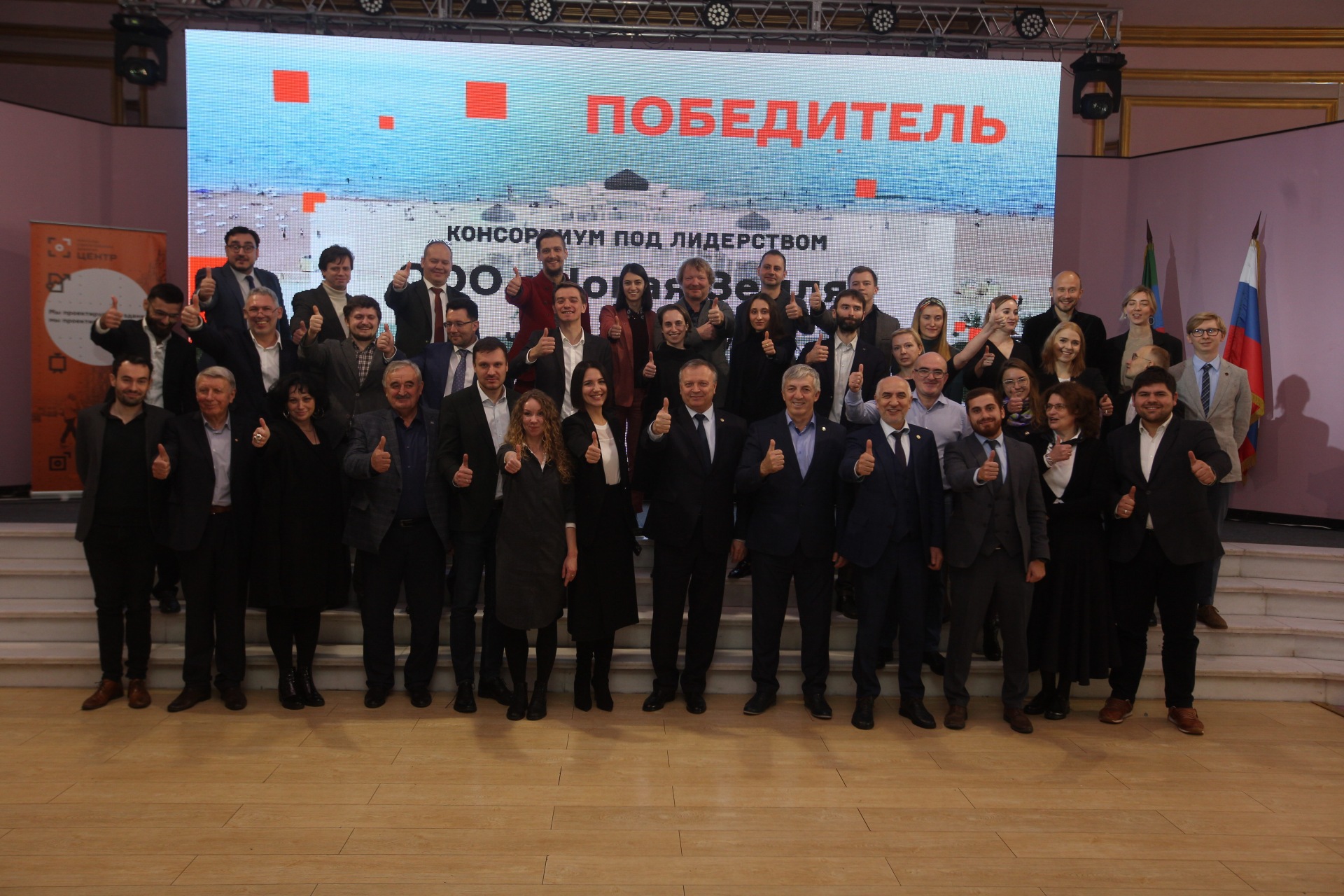 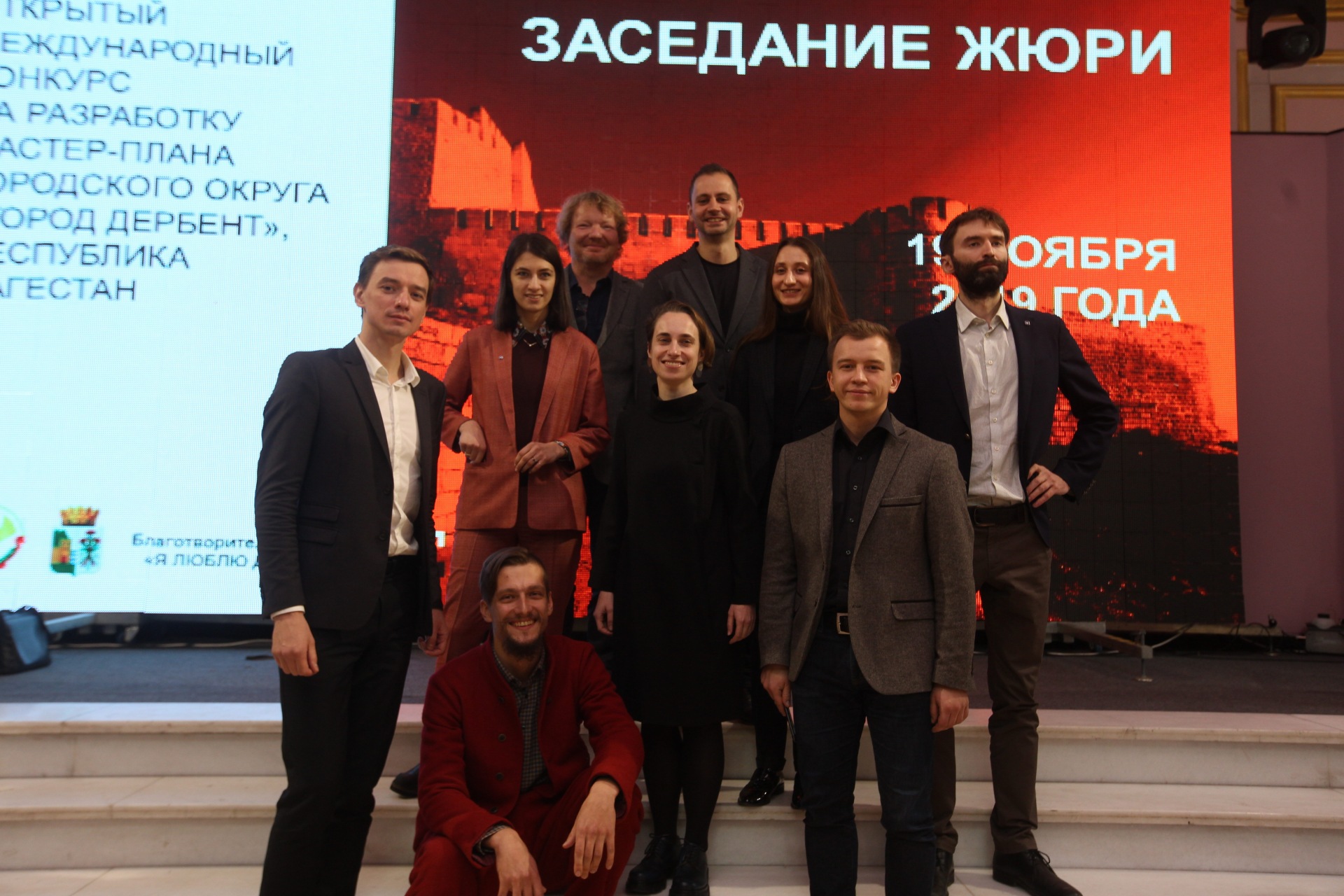 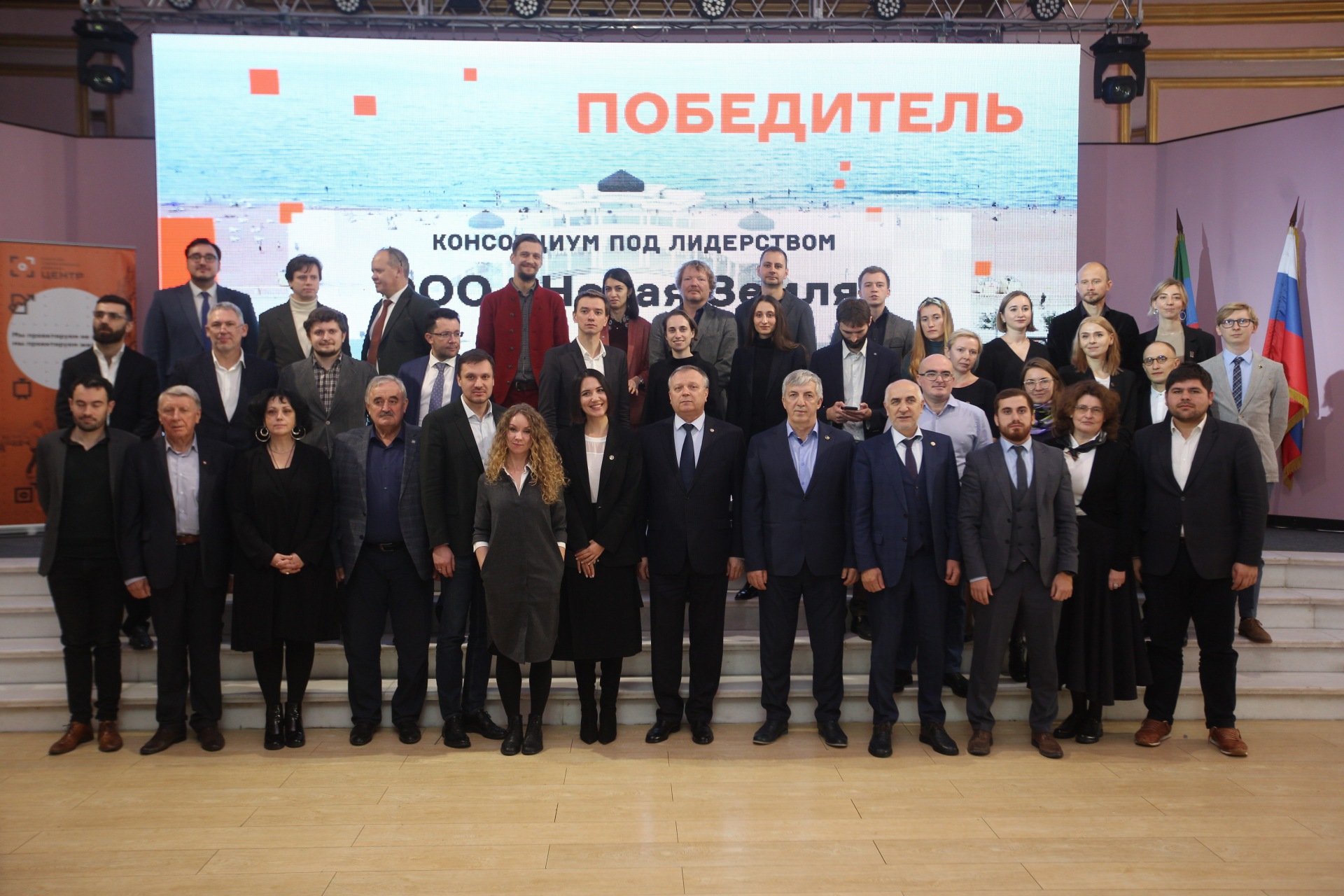 The first place was awarded to a consortium led by Novaya Zemlya, which included Groupe Huit (France), Mae Architects (United Kingdom), West 8 (Netherlands), and NRU HSE (Russia). This international consortium’s mater plan is, at its core, human-centered. The key principle is to turn Derbent into a “compact city”, as measured on the human-centered scale; this implies further developing territories that already have an infrastructure in place, and thus prevents the emergence of isolated commuter districts. The architects want Derbent to be green again. Pleasantly landscaped streets with all the proper amenities will link the city districts together and improve the state of the local environment. Members of the consortium also believe that the redevelopment of inefficient industrial areas in the downtown and the southern districts will give a boost to Derbent’s economy. The embankment is to be transformed into the city’s main community space. The old industrial zones will be replaced by new hotels, modern multi-purpose residential areas, and natural parks. It will also include a system of continuous pedestrian routes. At the heart of it all will lie a multifunctional waterborne space that will serve as the culmination of the route from the Naryn-Khala fortress to the sea, and a place where the old and the new Derbent meet. The winning project’s goal is to highlight that Derbent stands at a cultural crossroads, where its ancient past meets its future. 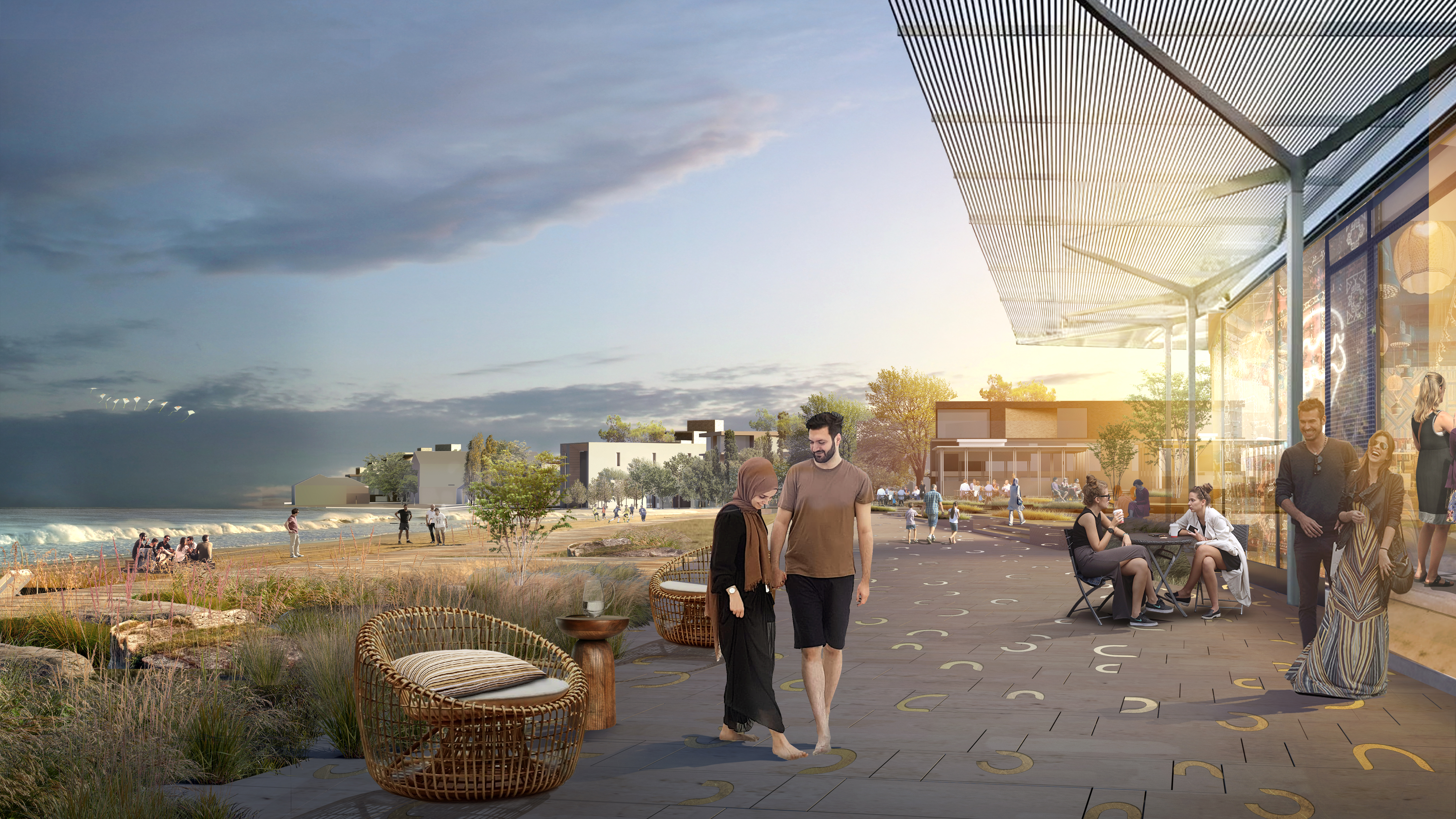 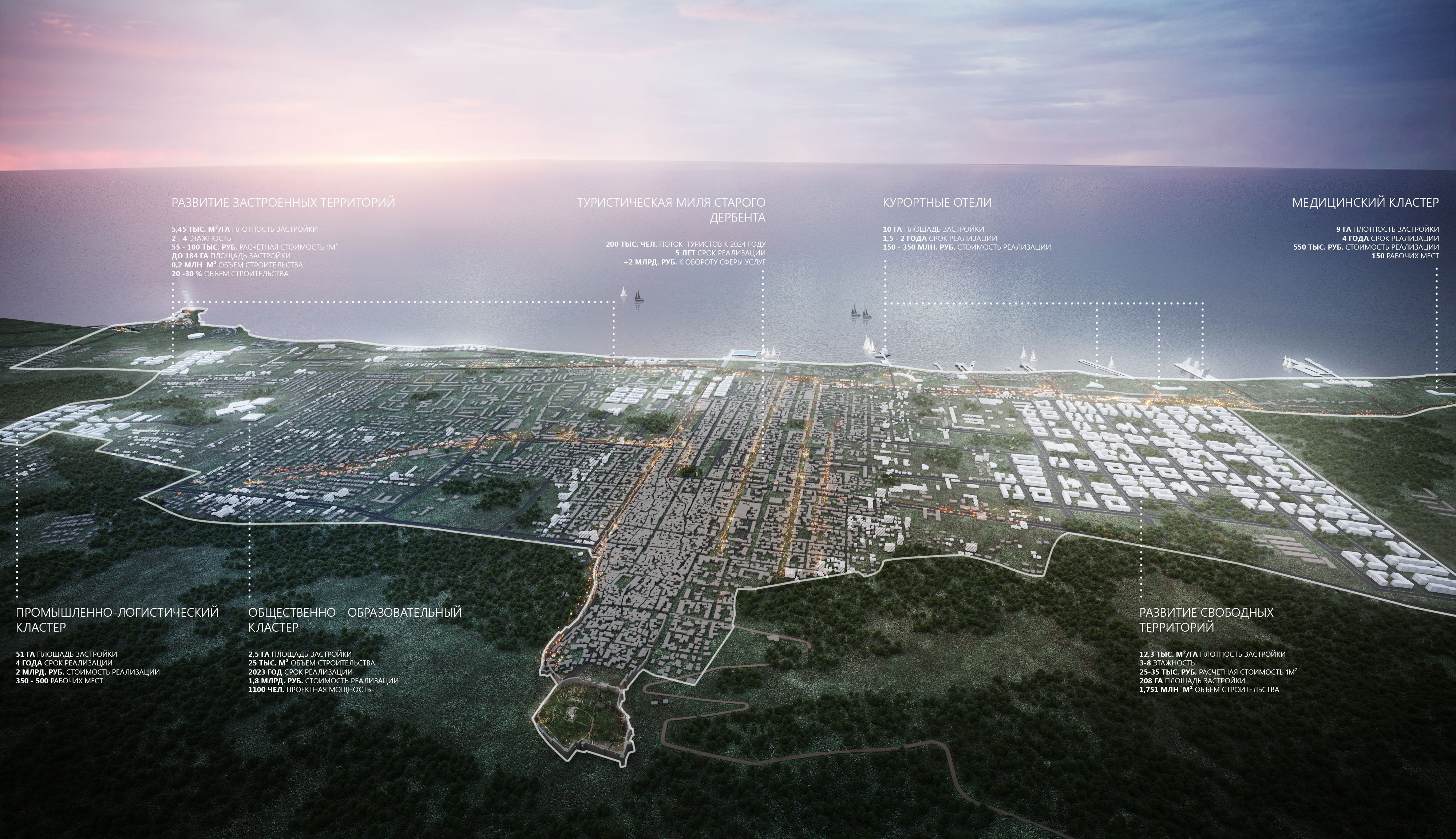 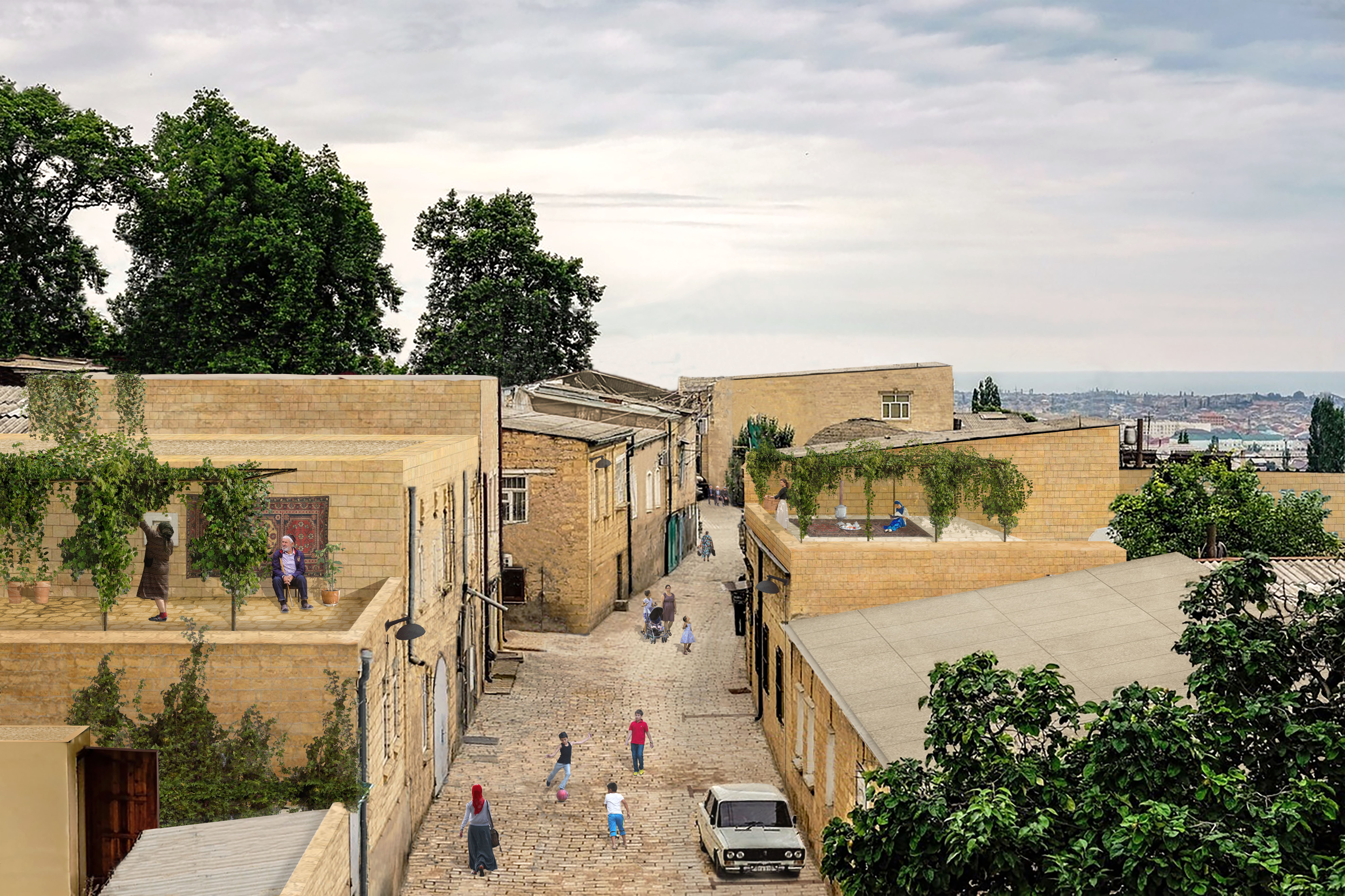 Second place was awarded to a consortium led by IND Architects, which also included ADEPT (Denmark), SWA (USA), Knight Frank (Russia), and RussiaDiscovery (Russia). The consortium's master plan has “Derbent spreads its wings” as its motto, as it proposes transforming the city’s outlines by giving it two wings: an urban oasis in the north, including orchards and an innovative agricultural park, and a community of master craftsmen and craftswomen in the south, home to a consumer goods industry hub. The urban garden network is to be enhanced by green streets, the quarries are to be converted into ecoparks, while the Samur-Derbentsky Channel at the mountain foot is to become a linear park, preserving water for the local community. The project also proposes launching express transportation from Makhachkala airport and opening ports for cruise ships and yachts, as well as an airport for small aircraft. The team wants to build a cable car system that will transport travelers to the ancient mountain forest, the vineyard, or the old fort. The historical center should be merged organically with the creative and business clusters, public recreation spaces, and entertainment zones. The embankment could be turned into a park, blending gradually into the natural landscape with its favorable microclimate. 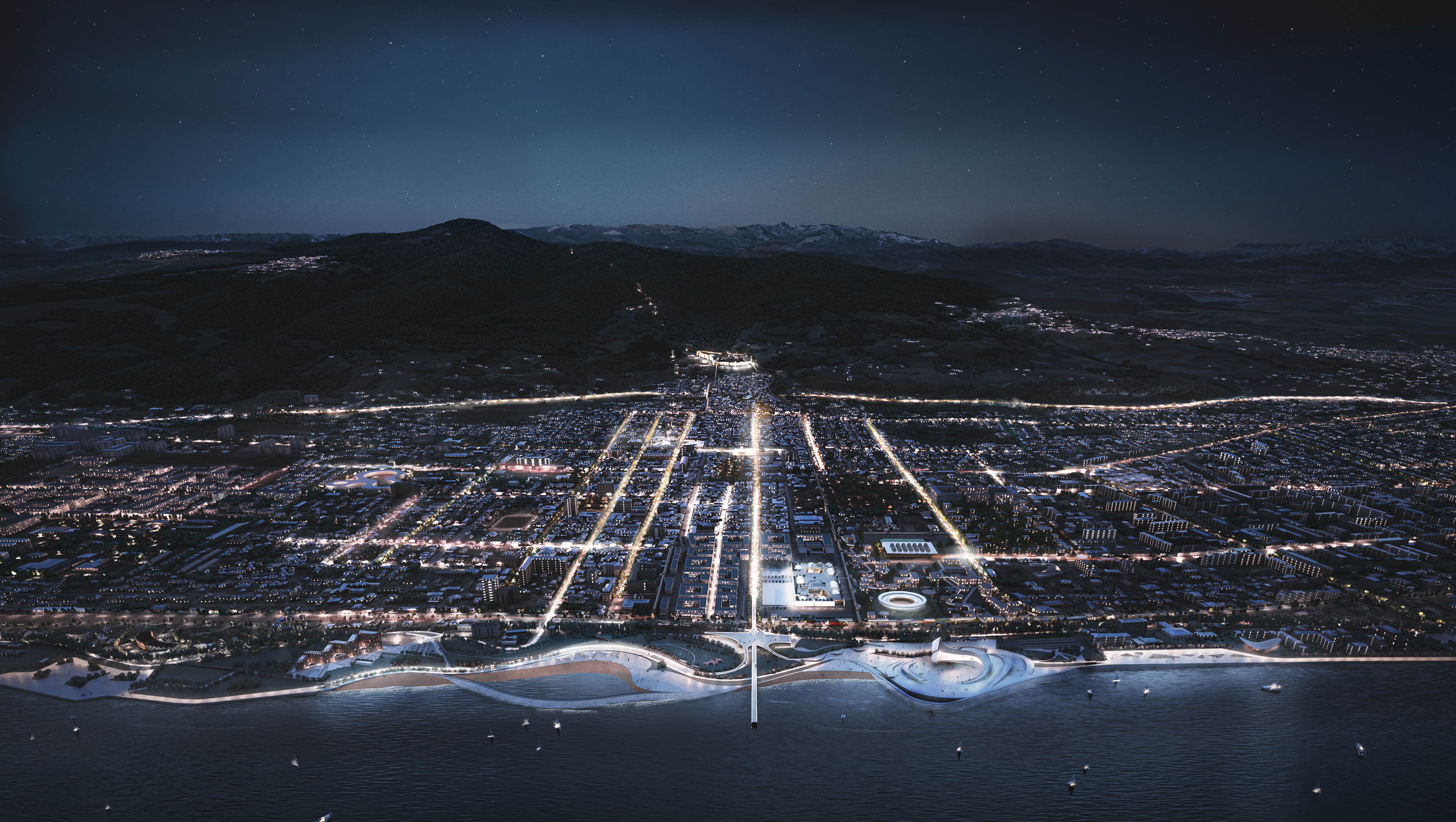 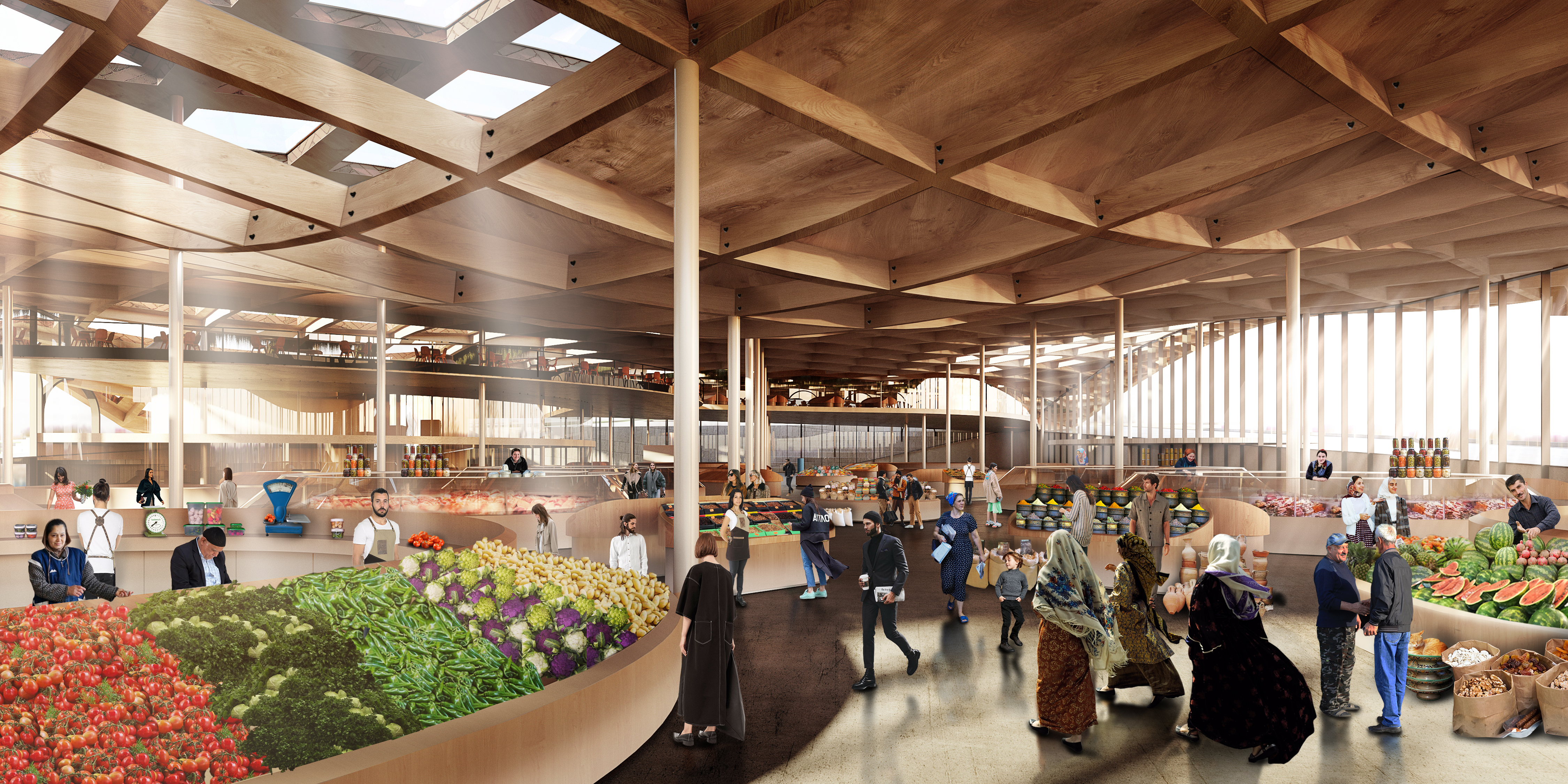 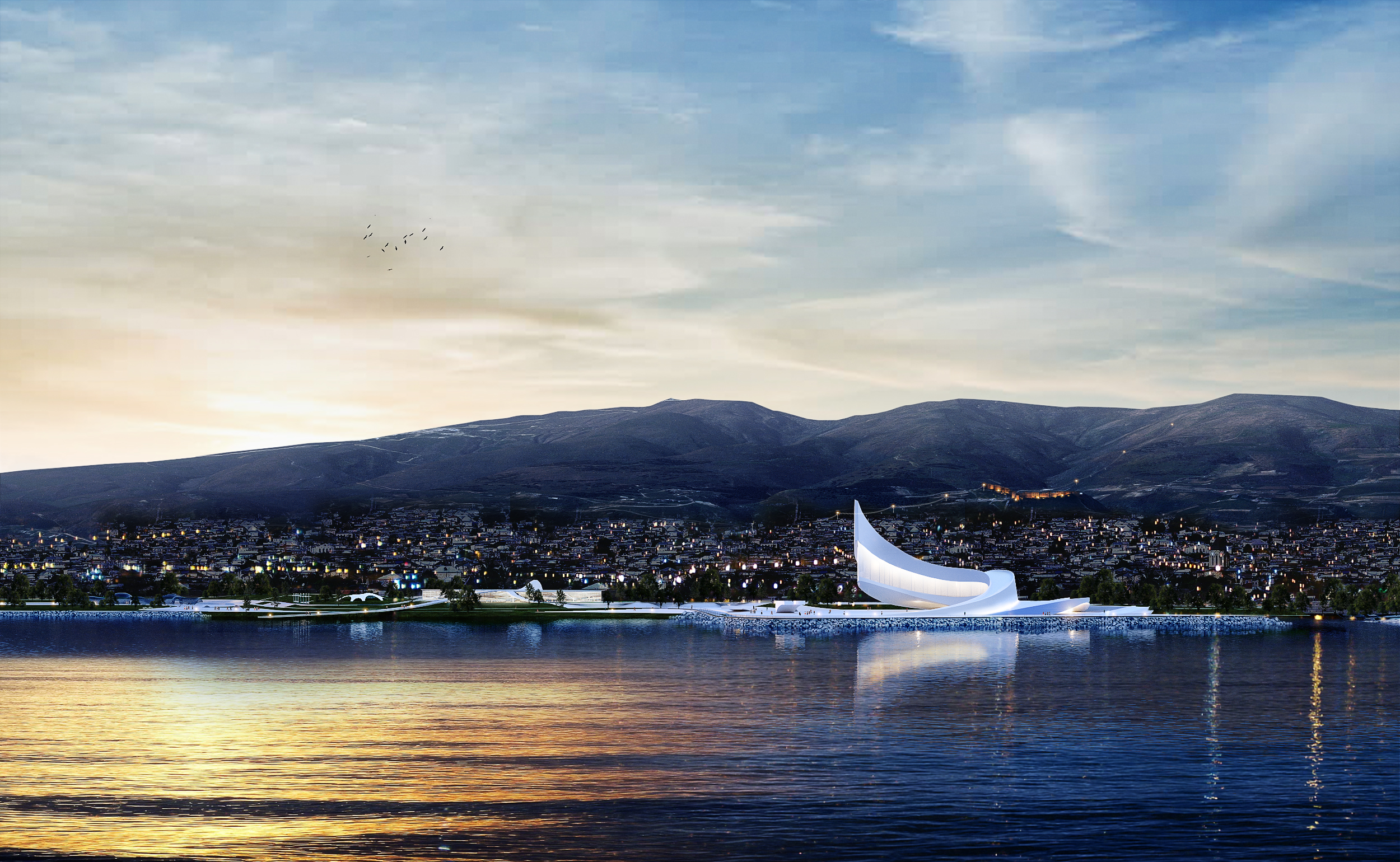 And finally the judges awarded third place to a consortium under the leadership of the Genplan Institute of Moscow (Russia), which also included the Ginzburg Architects Bureau (Russia), and SKTS (Russia). Members of the consortium have thoroughly analyzed the strategic documentation of the Russian Federation and the Republic of Dagestan, as well as industry policy papers. They have also accounted for the current benefits and opportunities presented by Derbent and its agglomeration. The consortium’s architects follow a stage-by-stage principle of urban development, moving from the city center to the suburbs, while retaining a space-efficient urban layout. During the first stage, they propose developing infrastructure and transport, repurposing inactive facilities, and redesigning the embankment. The subsequent stages are to result in the creation of an entirely new urban district, which will be used for residential housing, community interactions, and business purposes, along with an agricultural and industrial complex, and a tourism infrastructure. In the long term, the consortium plans to create an education center and innovation hub in the north and a global-level tourism cluster in the south. 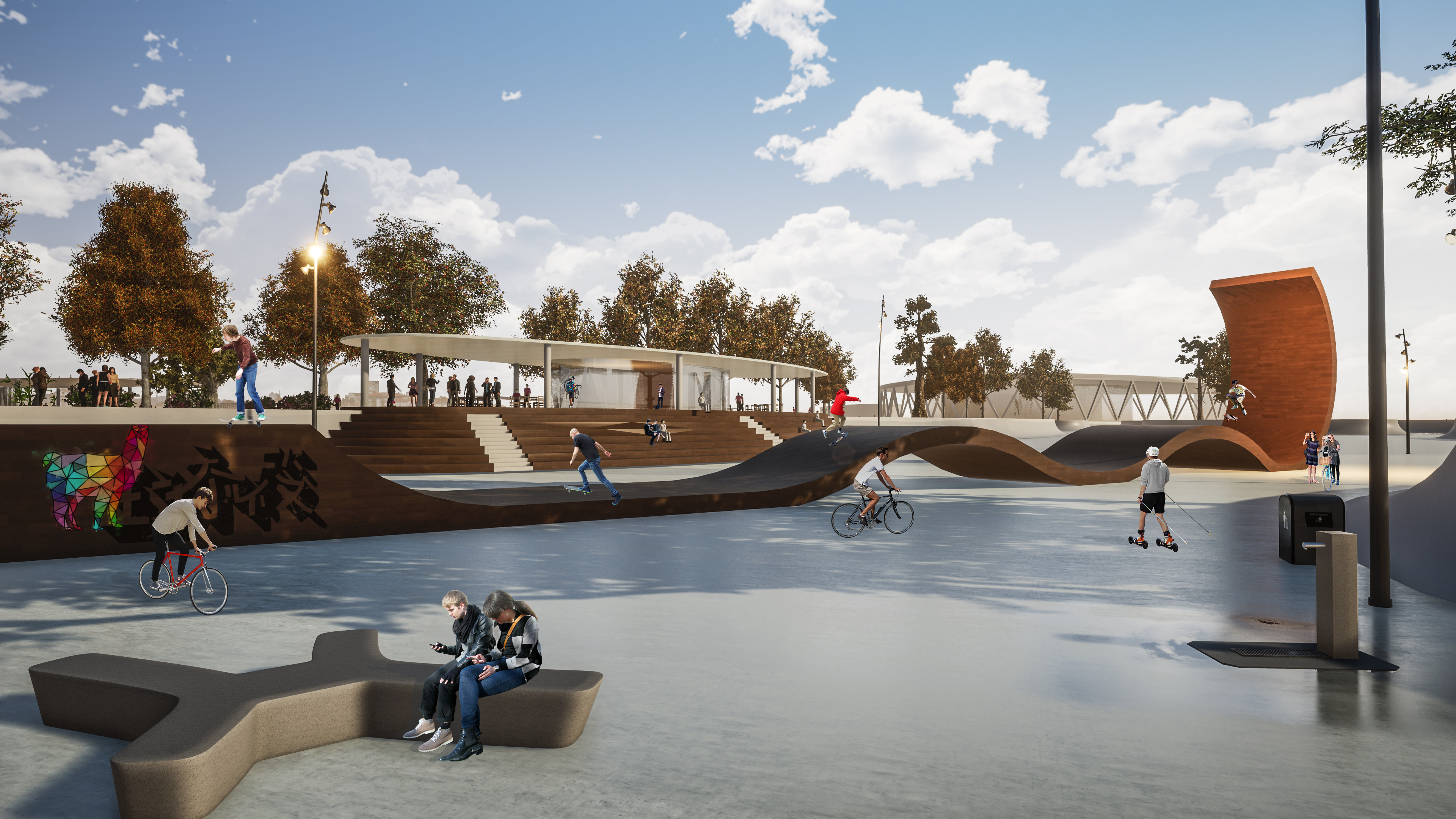 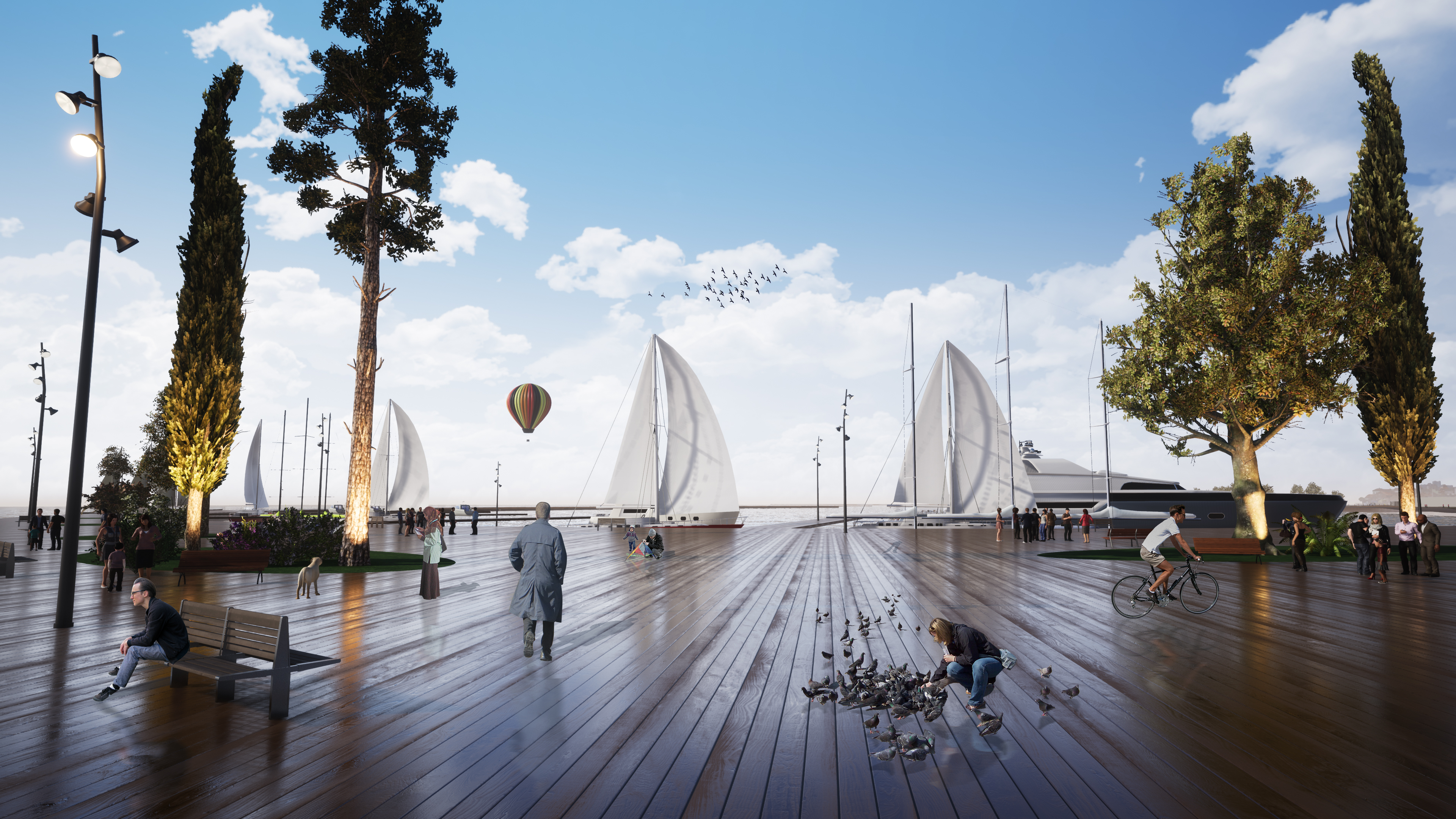