The Fifth International Competition for the Design of Moscow Metro Stations has come to an end. Projects, which will be implemented on stations 'Prospekt Marshala Zhukova' and 'Klenoviy Bulvar 2', are selected. The final jury meeting was held at the Zaryadye Park. The finalists of the competition presented their concepts and answered questions of the jury, chaired by the Deputy Mayor of Moscow in the Moscow Government for Urban Development Policy and Construction Andrey Bochkarev. According to the results of the experts' voting, the ASADOV Architectural Bureau (Russia) got the first prize for designing the Prospekt Marshala Zhukova station on the Rublyovo-Arkhangelskaya line, and the first prize for designing the Klenoviy Bulvar 2 station on the Biryulyovskaya line went to a consortium headed by Zaha Hadid Architects (Great Britain) and a consortium project led by Zaha Hadid Architects (London, UK) (consortium members: A-project, Krost (Moscow, Russia), Arup Lighting (London, UK), Systematica s.l.r (Milan, Italy)). 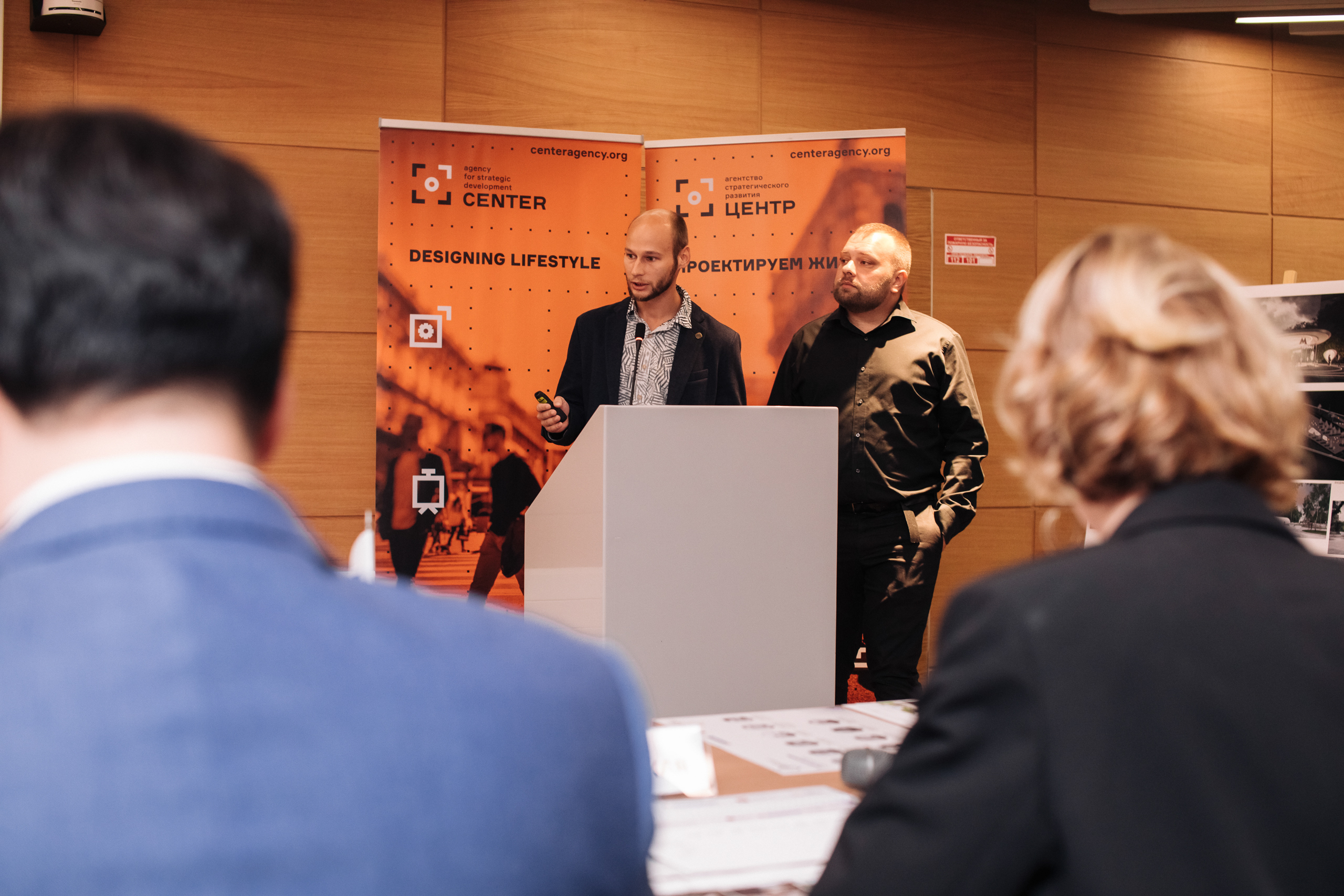 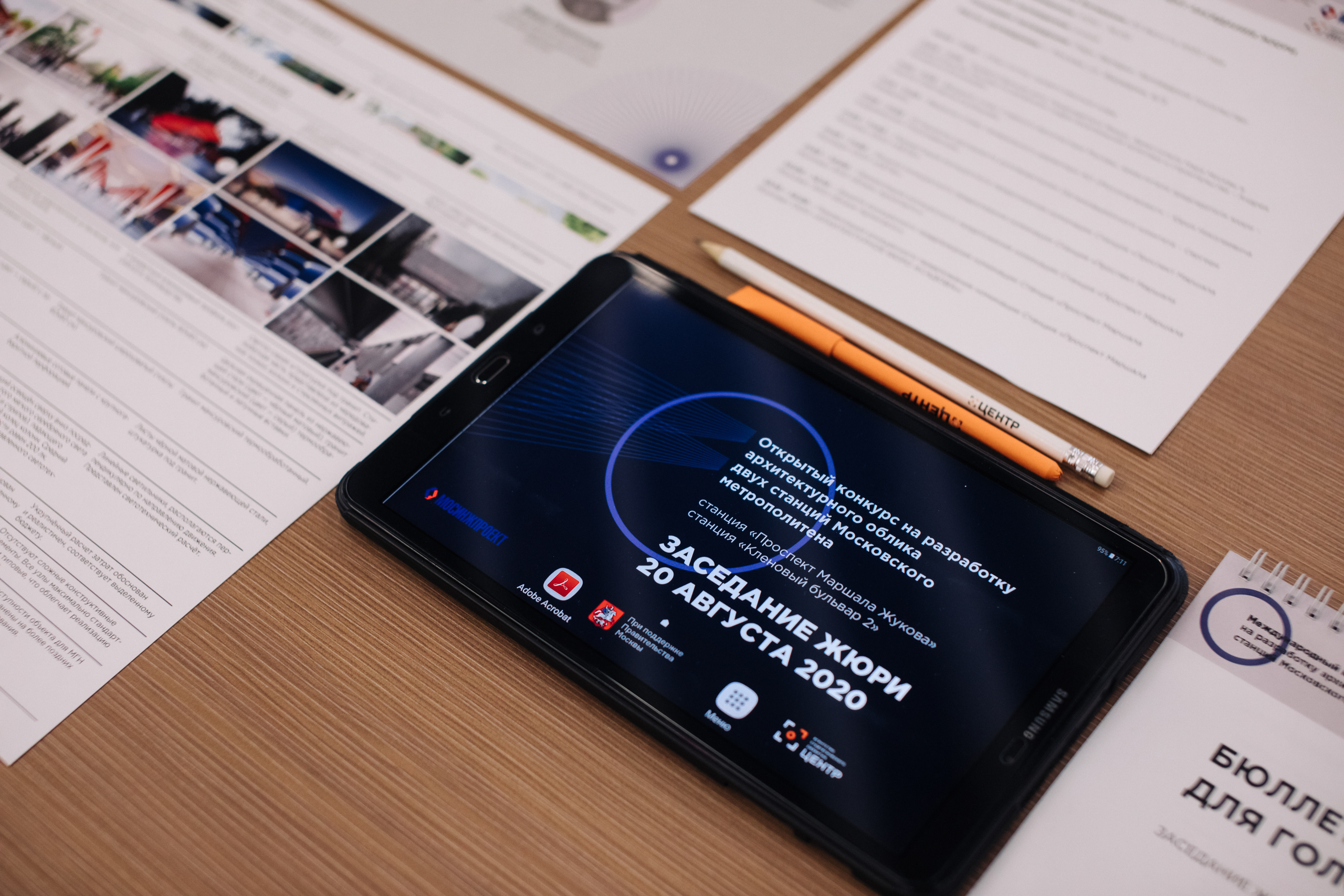 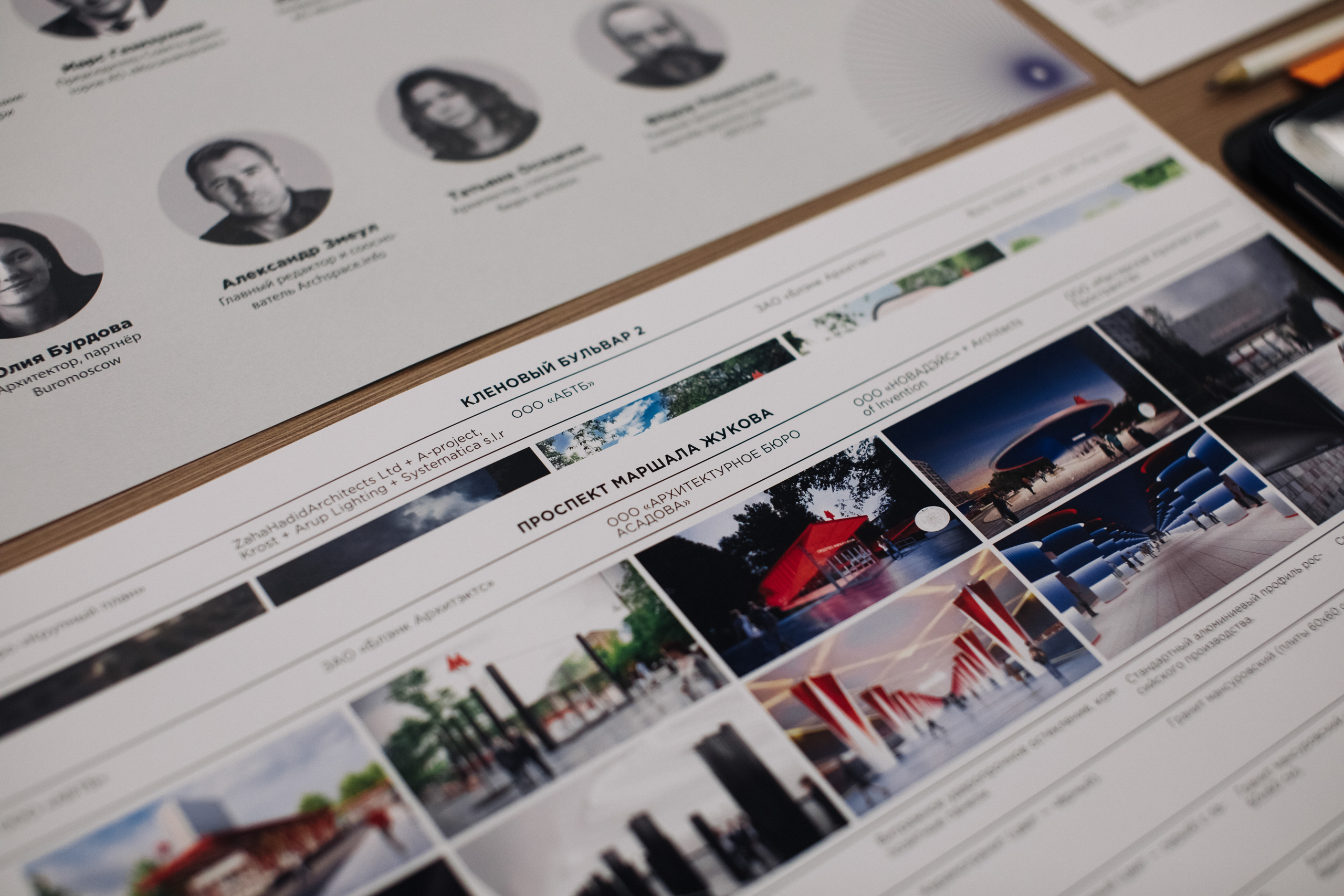 Sergei KuznetsovChief Architect of Moscow, Deputy President of the Jury 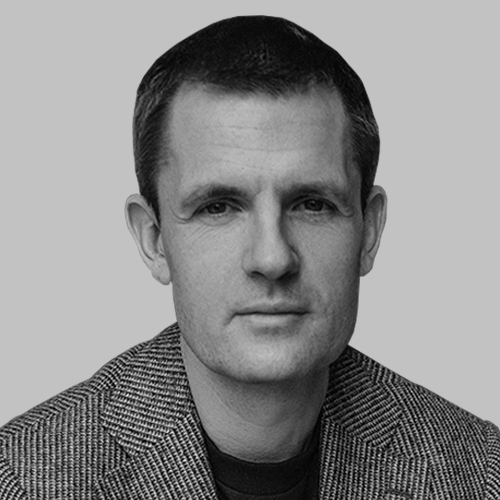 We have already held five station design competitions, and each time we have had the most amazing results possible. These are always symbolic milestones for the architecture of the Moscow metro, as such things help improve the public image of both the metro itself and the modern architecture of Moscow in general. This year’s winners offered us vibrant innovations that showed that we're moving in the right direction. I firmly believe that the new stations will make an excellent addition to the city's tourist itinerary.

The architectural solution for the Prospekt Marshala Zhukova station is based on the design of the Great Patriotic War medal: a symbol of courage, valor, and heroism. The concept offered by the ASADOV Architectural Bureau uses ruby-tinted light, golden accents, and sharp geometric patterns. The white-trimmed red star and its golden rays are brought together to evoke the image of a memorial stele. The dark sidewalls symbolize the tragedy of war and also make the station visually more spacious. Lighting also has a huge role to play. The delicate threads of golden light weave into a geometric pattern on the ceiling. The ruby glow of the columns’ glass sections makes the interior even more magnificent. The entrance pavilions are shaped like giant red triangles, which not only make the station’s entrance more visible, but also carry special meaning: their design harkens back to the arrows on war maps. 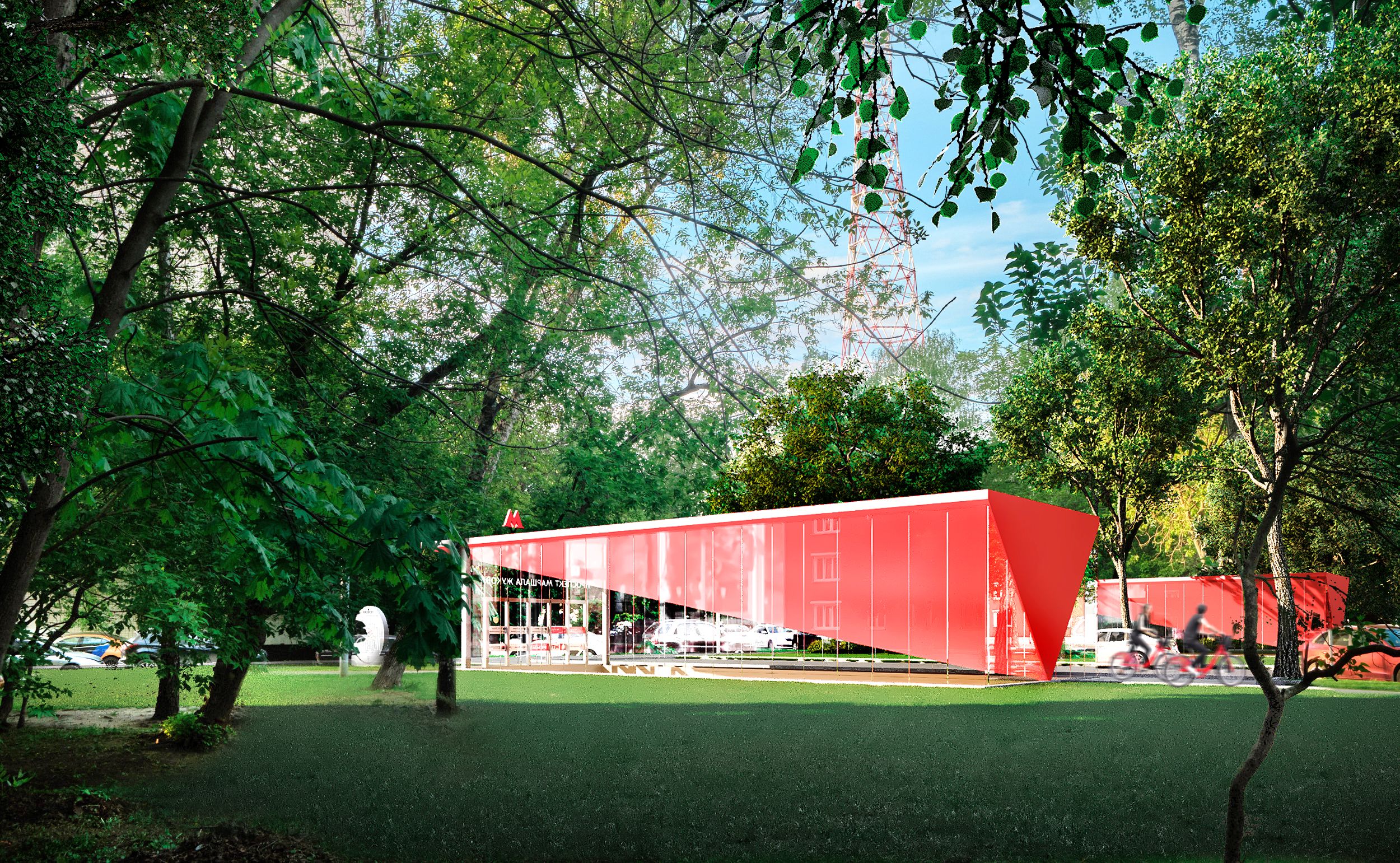 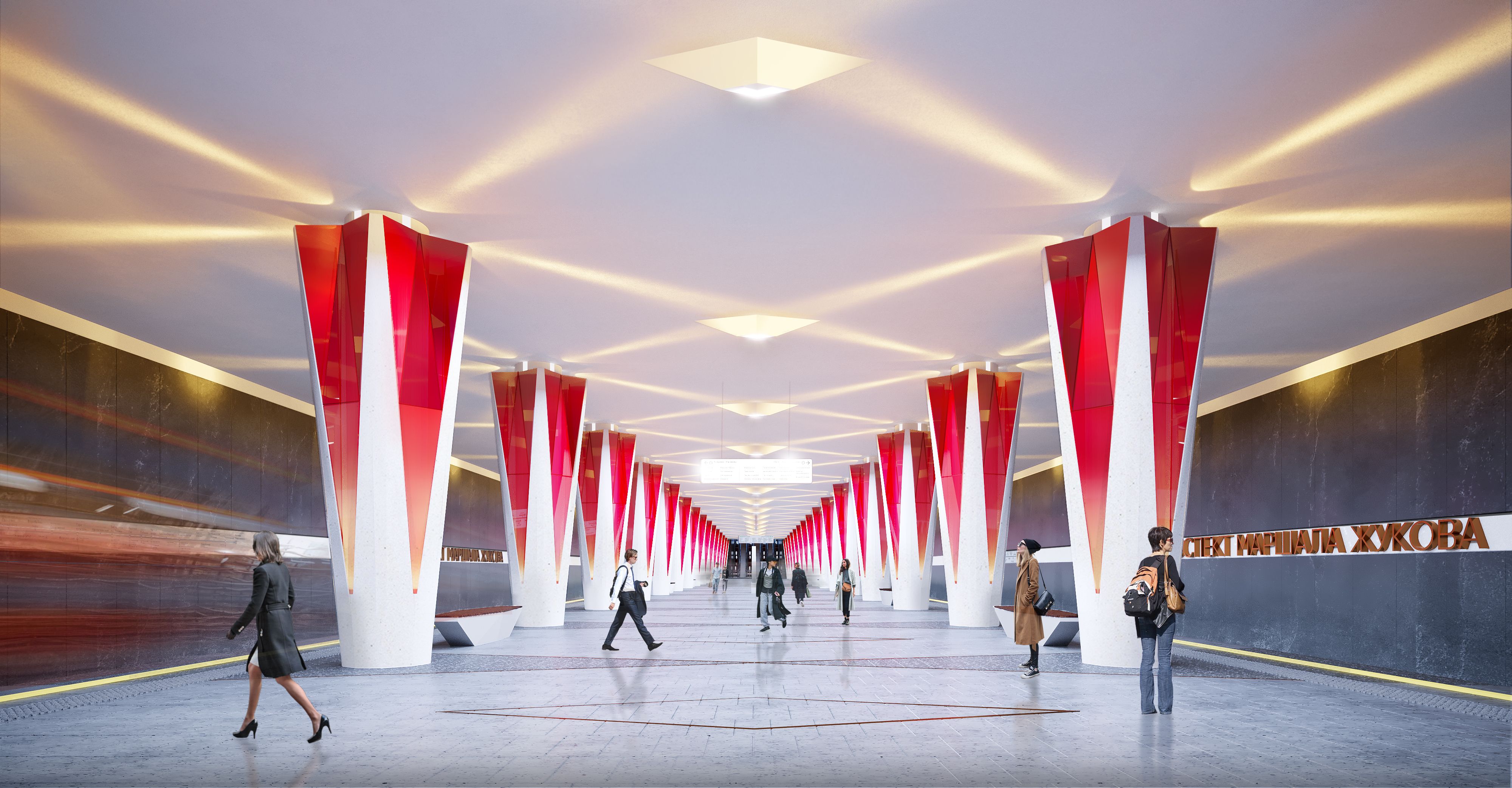 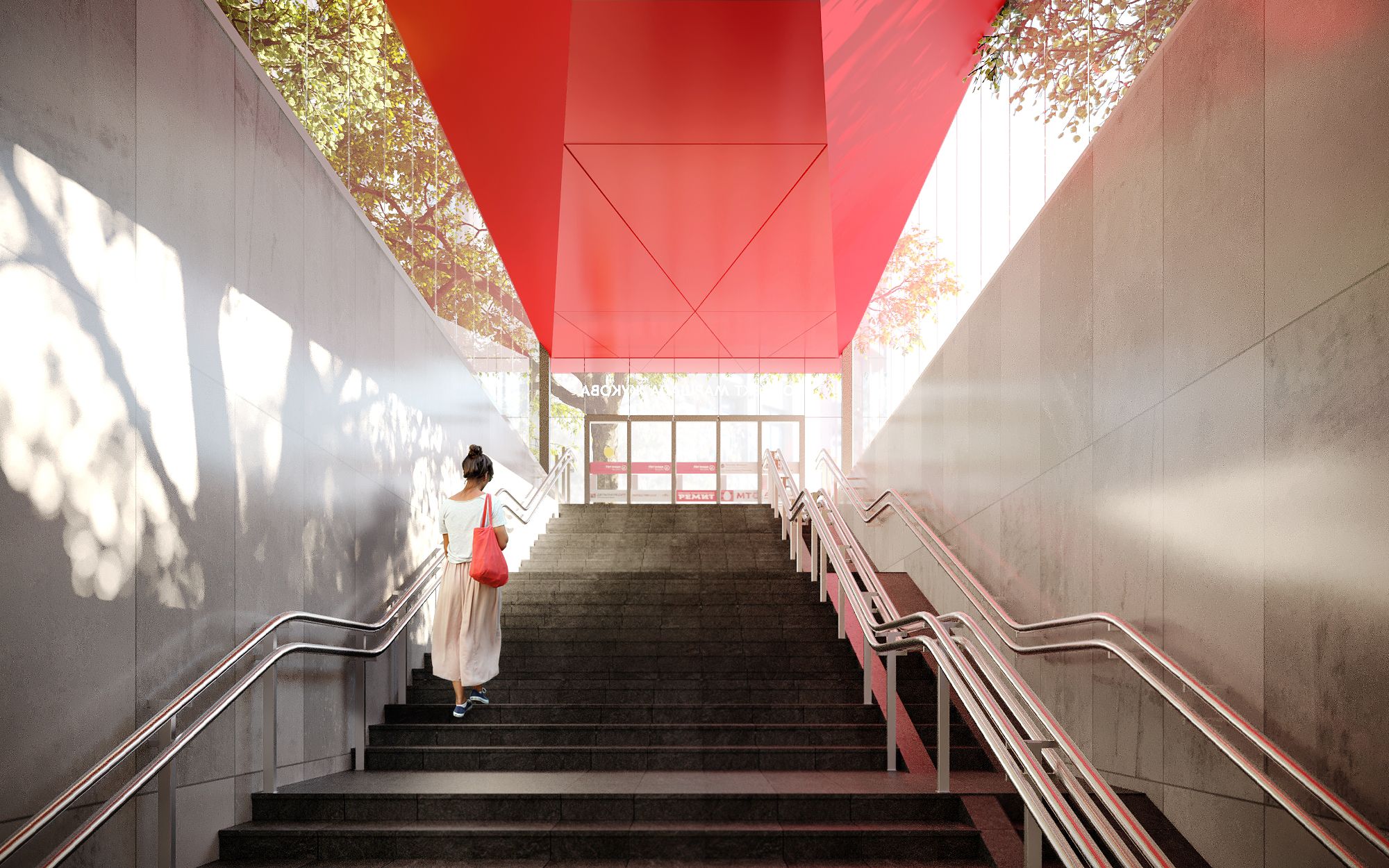 Other places in the nomination were distributed as follows. 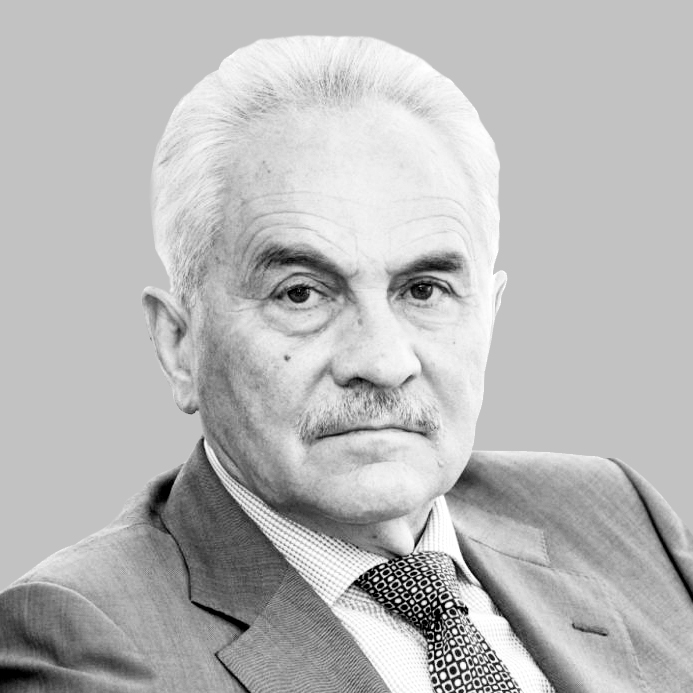 Development of the Moscow metro is the driver of the city’s economic growth. Mosinzhproekt, as the managing company in charge of building new lines and stations for the Moscow metro, has a vital mission: to keep up project pace no matter what happens. Looking back, I have to say that the competition successfully met its main goal – to collect interesting design concepts for the Moscow metro stations. The winners’ project proposals feature innovative architectural forms that the Moscow metro has never seen before, and they will require an unorthodox approach to construction as well. This means that development of the Moscow metro is not stagnating. It keeps moving forward on all fronts, technology included. The wide geographical reach of the competition is a clear testament to the universally growing interest in the design of Moscow's metro stations, and Mosinzhproekt is planning to continue holding such open international events in the future.

Zaha Hadid Architects offers a next-gen look for the Klenoviy Bulvar 2 station, with special design methods that impact the passengers’ perception of the station in unprecedented ways. Elegant, weightless, transparent, full of light, and clean lines – the station will provide comfort and reduce the stress associated with living in a metropolis. Lighting is one of the project’s essential elements: the dynamic system of regulating the light’s tint will help announce an incoming train. A bright space with tall ceilings and smooth pillars, designed to look like arrow heads and blending into trails of light to reflect three-dimensional motion, allow for the station to be kept well-lit and visually indicates the platform edge. 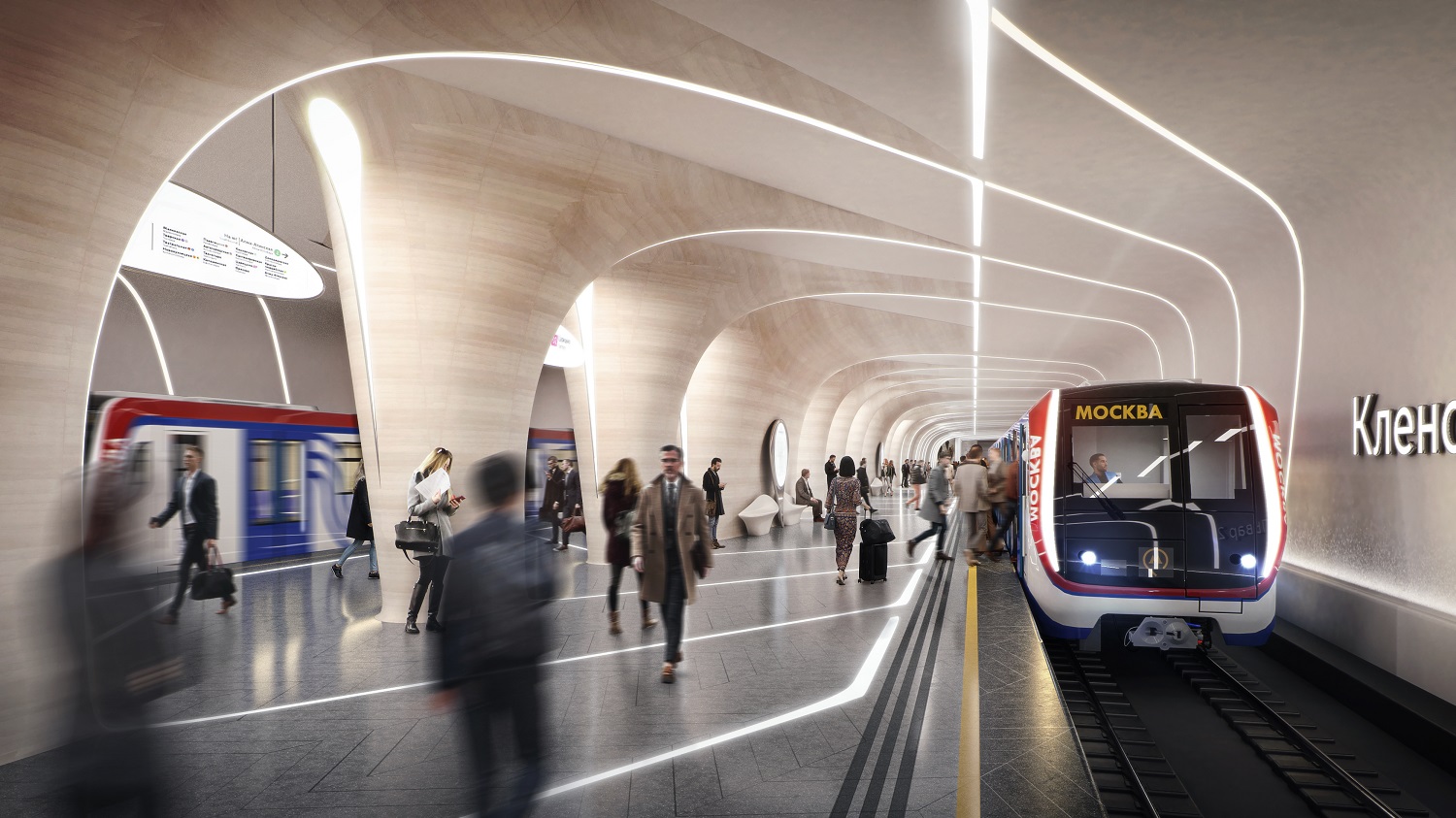 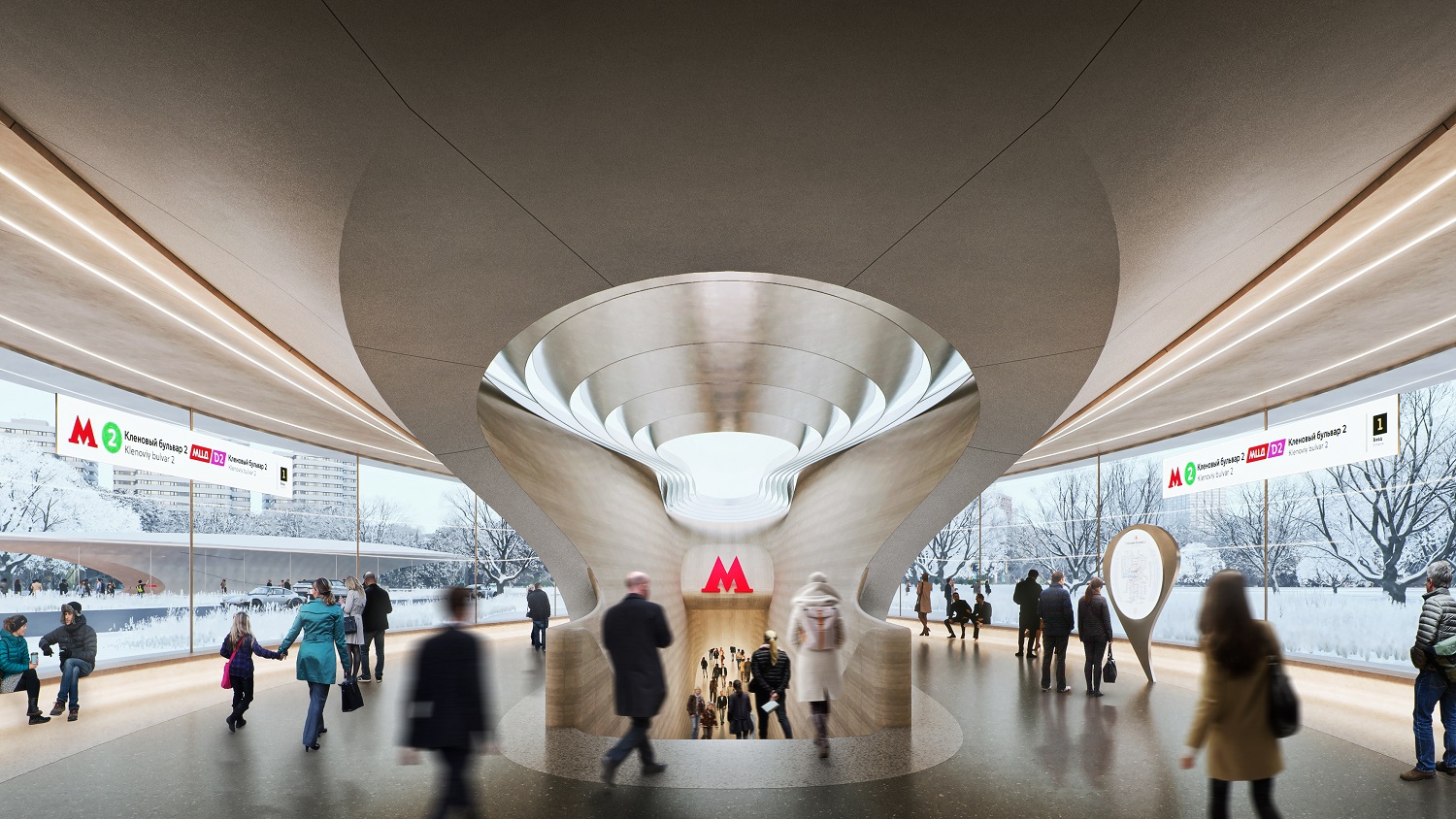 Other places in the nomination were distributed as follows.

To find details and information about all the finalists see the website design-metro.ru/en.